After taking a season off, Matthew Adams Dolan came back with a more subdued take on his signature voluminous inclinations. 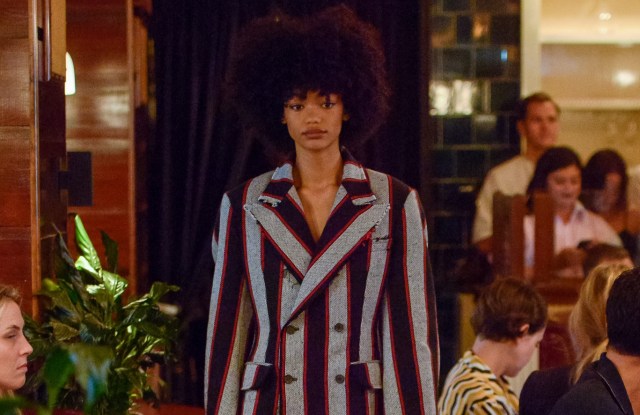 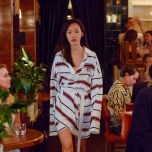 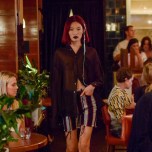 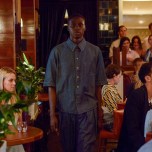 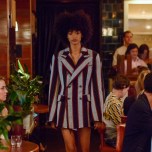 After taking a season off from the New York Fashion Week calendar, Matthew Adams Dolan came back with a more subdued take on his signature voluminous inclinations. He looked to the idea of crafting a new American wardrobe, where he could easily toggle between conservative society and something more young and free.

“I think it’s always this idea of how to change these codes that are such a big part of American culture and looking at these signifiers and making them in a way that feels more contemporary and subversive,” he said backstage after the show. For instance, he took the idea of a classic rowing blazer, but cut it more as a boxy dress with nipped-in waist for women or with enveloping shoulders for men. It played into a preppy theme that included a polo reimagined as an oversized dress or a sleeveless top, or denim reworked to include big utility pockets on a skirt or with interesting pleating patterns on shorts.

He maintained elements of offbeat charm that made his early collections so appealing: playful reworked shirting, relaxed elongated silhouettes and youthful takes on tailoring. He didn’t abandon volume altogether; rather, he offered it in lighter variations with sheerer fabrics or cut with open backs. He introduced linen, too, a riff on the idea of leisure, with a great pintucked skirt suit that played on proportions. A great men’s trench with ballooning sleeves was especially noteworthy for highlighting Dolan’s commitment to clothes both wearable and refined.