At Ralph's Club, the extravagant Art Deco set for his spring show, Ralph Lauren telegraphed his continuing belief in an elegant and refined lifestyle. 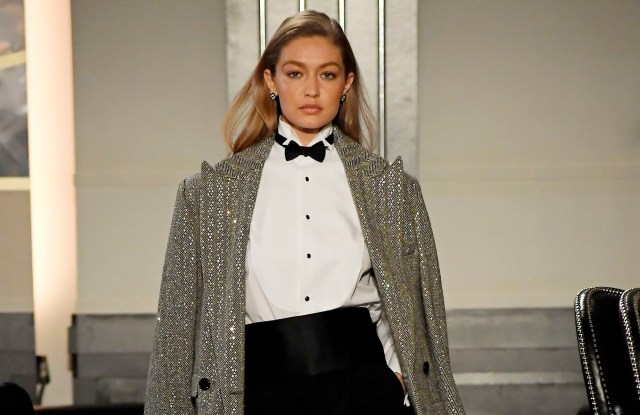 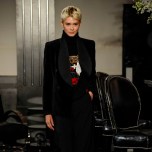 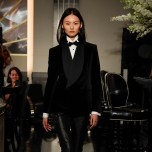 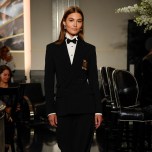 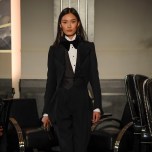 Ralph’s Club. At first, it seemed like a great idea. With his cadre of always–packed restaurants and a tony Upper East Side coffee shop, Ralph Lauren has become quite the hospitality impresario. A one-night-only nightclub sounded fun; certainly the production would be impeccable, and Lauren is an ever-gracious host. “There’s no place to wear clothes anymore,” he said during a preview. “So I’m creating one — a great place to see people wearing fashion. Life is the real runway.”

Upon deeper rumination, doubt set in. Lauren was late to the fashion-show-as-extravaganza fray. He continues to resist the itinerant concept, and, when he finally went really big, he did so very personally — his garage in Bedford, N.Y., for fall 2018 and for his 50th anniversary fete, Central Park, practically his front yard. This would be different, a pretend party in a pretend place that would cost zillions to install. Would it ring of trying to keep up with the Joneses, if Jones were spelled A-R-N-A-U-L-T, or  P-I-N-A-U-L-T or W-E-R-T-H…?

Oh me of little faith.

Lauren installed his club at 48 Wall Street, one of those lavish downtown commercial buildings, its construction completed just as the rollicking times of the early 20th century were about to crash. Upon arrival, any question of authenticity fled. No other brand on Earth could pull off this particular kind of extravaganza so convincingly — Chanel and Dior included. Because no other brand on Earth so clearly espouses and telegraphs belief in a refined lifestyle. The most recognizable tweed suit in the world doesn’t do it, nor does an exquisite evening gown or feminist message T. They telegraph plenty of inviting things, but not a lifestyle template in the manner of Ralph Lauren. The message here was that refined doesn’t have to mean stuffy. Oh, no, no, no.

By now, everyone knows about the spectacular set, an Art Deco wonder for which people respected the black-and-white dress code, heightening the evening’s glamour; about the orchestra that played standards of the Twenties-into-Frank-Sinatra ilk, and especially about Lauren’s surprise performer, the incomparable Janelle Monáe. She took to the stage after the fashion show and sang old standards her way. She started off torch-singer moody, beckoning all to face the music and dance, and worked up to wanton table-hopping (literally), at times baptizing the audience with Champagne, and slithering across the floor on all fours before finishing her set. From Millennials to elders, the crowd went wild.

Lauren’s clothes for fall 2019 (buy-now-wear-now) were dashing — every which way of a tuxedo for evening. Some looks were utterly classic; some incorporated tweaks — crystal-studded top coat over shirt and pants; tuxedo shirt sans jacket; primary-colored dinner jacket (not the best of the lot), tuxedo as vibrant two-piece evening gown, worn with wild, undone hair. And because not every glam gal wants tailoring at night, Lauren worked in a smattering of body-con dresses, including a short black sequined number emblazoned with Martini Bear and a siren stunner in red.

At one point, a few audience members engaged ceo Patrice Louvet in banter about Lauren opening Ralph’s Club for real. A joke, sure, but then, wait, why not?

Many people, including many in fashion, think that elegance is dead — and there’s plenty of real-world support for that position. Lauren has never bought into that notion, nor does he consider elegance a retro or geriatric concept. By enlisting Monáe to have her musical way with old-guard tropes, Lauren argued compellingly for the cross-generational appeal of a great classic. And if there was some table-stomping and Champagne spilling along the way, well, every classic needs an update. Here’s to café society, 21st-century style.