"I wanted to expand on the women that we have highlighted before — women who aren’t usually highlighted in the space of fashion….We wanted to feel like we were giving women a chance to feel sexy where they usually don’t feel sexy." 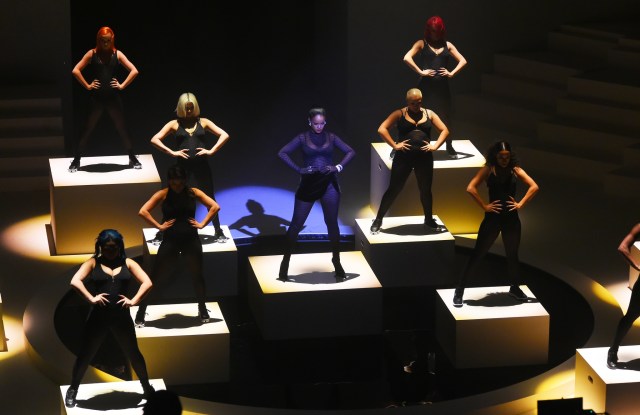 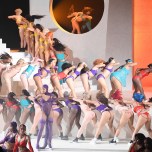 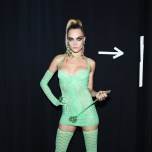 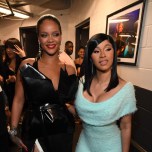 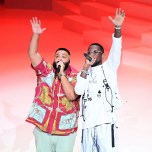 Without question, Rihanna’s Savage x Fenty fall lingerie-fashion-concert extravaganza was by far the most electrifying moment of New York Fashion Week. It was empowering, entertaining, provocative and sexy, blending fashion and music with an underlying commentary on how a lingerie brand can put on a successful show in a post #MeToo era — whether that lesson was intentional or not.

Following on the heels of high-impact, performance-driven fashion showcases by Pyer Moss and Tommy Hilfiger, the music and fashion icon took a nontraditional approach to highlighting her inclusive designs with charged feminist undertones. Models of all sizes, shapes and races stomped with complete freedom and joy while Halsey, Migos, Big Sean, A$AP Ferg, Fat Joe, Fabolous, DJ Khaled and Tierra Whack performed, a continuation of Rihanna’s creation of a world that truly embraces everyone.

Held at the Barclays Center, the room was alive with renewed energy, and having your phone locked away (to prevent leaked footage) actually enhanced the experience because you were forced to live in the moment and process the show’s messages of empowerment, inclusivity and self-love.

Gigi and Bella Hadid, Cara Delevingne, Joan Smalls and Slick Woods all walked the runway, interspersed with powerful dance performances and appearances by 21 Savage, Laverne Cox and Normani, among others. The coordination and production this all must have required is unfathomable.

As the show was set to begin, an announcer told the audience to “bring the energy!” The lights dimmed. Dancers quietly took their places. Before you knew it, a catsuit-clad Rihanna was opening her own show to roaring applause with a vogueing-like performance that had you yearning for her to start touring again.

It was only the second runway event for Savage x Fenty, and there were keen differences between this year and last. “I think the first time we were just trying to create this groundbreaking space where people felt safe to be whoever they are. No matter what shape, size, religion, race, I just wanted women to feel confident and to feel expressive,” Rihanna said backstage after the show.

“This year we had a bigger platform and I just wanted to take that even further. I wanted to expand on the women that we have highlighted before — women who aren’t usually highlighted in the space of fashion, whether it’s trans women or, this year, even paraplegic women [Lauren Wasser] who even have prosthetic legs. We wanted to feel like we were giving women a chance to feel sexy where they usually don’t feel sexy.”

There was definitely a heightened tone of female empowerment and body positivity as the show progressed. A sultry Gigi Hadid strutted alone in a slinky bodysuit. Delevingne, clad in green with a crystal wand-like whip, brought a group of similarly dressed dancers slowly to life with a backtrack of Tweet’s sensual anthem “Oops (Oh My).” Couplings of both curvy and petite women walked out in similar outfits with equal amounts of confidence. Cox wore a pink bodysuit and did some hair flips and a high kick right past Migos that got the crowd going. A wall of dancers in bondage-inspired looks basically told you it was OK to embrace your kinks.

A sneak peak at the Savage X Fenty show.  Courtesy of Fenty

There was no archetype to aspire to, no singular look crafted for the male gaze. These were powerful performances by women for women, sprinkled with bras, panties and bodysuits in bright solid colors. Admittedly, it took a moment to readjust preconceived expectations that stemmed from the now-troubled Victoria’s Secret lingerie-show format. It didn’t take long to see how markedly different the two are. Here, you were so enthralled and engaged with the intricately choreographed spectacle that you almost forgot that the whole point was to see some new lingerie.

On how she felt seeing it all come together, Rihanna had this emotional statement to share: “I couldn’t tell if I wanted to throw up or cry. I was just like this is happening and it’s better than every rehearsal that we’ve seen. So to see it happen in real life and be the best version of it, there’s an outer body experience that happens that you cannot explain, because you want to snatch your soul and it’s already gone with the show because the show is going so great. You just have to put your hands up and say, ‘OK, trust this process, it’s going great, enjoy it,’ and I did today. I did.”

The show is available to stream on Amazon Prime Video beginning Sept. 20.