More is more, especially if it involves vision, creativity, passion, magic and dream. And, most of all, talent. 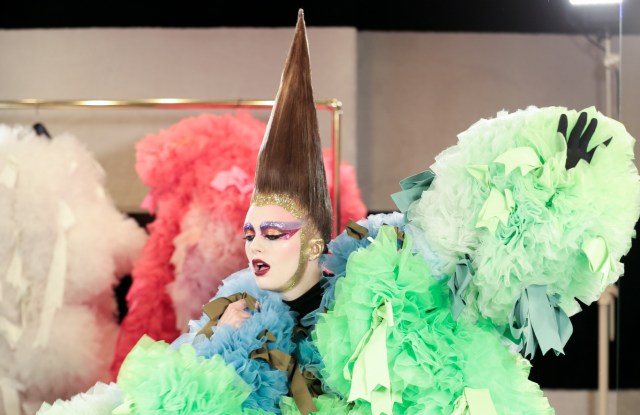 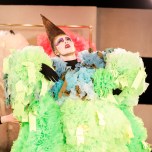 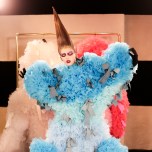 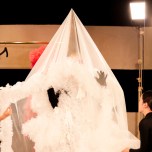 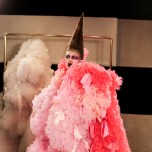 What gift can a creative mind give to the world? Answers may be many and very relative. In the case of Tomo Koizumi, his biggest gift to the world is his very unique, extravagant, flamboyant vision, which he brought to the stage for the second time at New York Fashion Week with a performance at the Marc Jacobs store on Madison Avenue.

“The gift from me to the world,” is how the Japanese designer explained the concept behind his presentation, which once again was supported by a stellar team, including Katie Grand, Pat McGrath, Guido Palau and Marc Jacobs, who offered the location. “I had a really big gift by having all these great people involved in my show last season and I wanted to give something back.”

In the basement of the store, a mysterious creature, a sort of glamorous gnome with cone hair and wonderful sparkling makeup, interpreted by transgender model Ariel Nicholson, captured the attention of guests with a dramatic silent play that touched on themes of transformation, love, death, happiness, humor, fatigue, obsession and fear. This catalogue of human emotions, expressed with gestures and poses, was enhanced by the seven giant frilled designs, including gowns, a short frock with a giant train and a massive jumpsuit, crafted from cascades of Japanese polyesters and punctuated by sweet, delicate ribbons.

Offering even more exaggerated silhouettes than past seasons, Koizumi introduced boxy patterns that gave the vibrant styles an additional dose of quirkiness and irony, which made them resemble giant versions of distorted Care Bears or Teletubbies.

After the first show, many were wondering if the brand would evolve in a more commercial direction; with this second effort, Koizumi proudly made clear his intention to preserve his DNA of costume designer and art for art’s sake, no matter what. Please go ahead, Tomo.