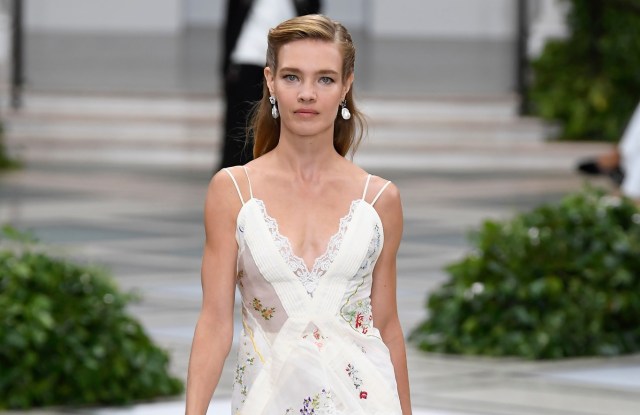 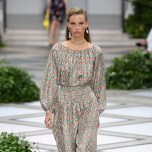 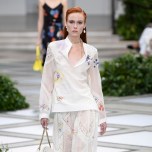 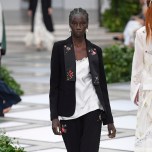 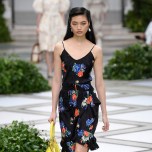 A fine blue-sky morning, not-bad traffic, a lovely breakfast spread, the Beaux-Arts Court of the Brooklyn Museum imbued with a sense of serenity as guests took their seats for Tory Burch’s show. Clearly, Burch would align with the optimistic side of spring’s offerings. Yet wistfully so, as her inspiration was Diana Spencer, who would become the beloved, tragic Princess Diana.

In a recent conversation, Burch said she based her homage not on Diana’s fashion-icon status, but her strength and humanitarian efforts. As to how exactly she would translate into a collection…“delicately,” Burch replied. “Taking on a big subject like Diana Spencer is risky. We had to tread lightly; we didn’t want to be too literal.” To that point, any specific links were ultra-subtle.

No matter, because the collection was beautiful, a strong illustration of Burch’s intense focus on elevating her clothes without straying from the dedication to practical-chic that’s at the core of her brand. What the Diana reference afforded was a moderate way into a study of the Eighties, unusual and bold turf for Burch. She approached that demonstrative decade with smart control, even addressing some of its follies without falling prey to parody. Along the way, she focused on roomy silhouettes and reasonably defined shoulders. Among her more obvious nods to the era: Diana-worthy girlish puffed sleeves and abundant bows; fun with pants (track and harem); a waft of Ungaro here (side-draped bustier cocktail shakers), and Chanel there (tweeds, of course).

Burch offered a fine balance between tailoring and dresses, the former polished but relaxed, the latter often waist-conscious, but not exclusively so. A find of vintage hankies inspired ethereal slips and an interesting shirtdress, while its classic embroideries were reimagined as decoration on sweaters.

“I’ve evolved. I think I’ve learned to be a designer over the years,” Burch said. A designer who for spring delivered pretty and practical with personality and great charm.