Inspired by a Sixties' surf documentary, Nicky Zimmermann delivered a pretty collection that evoked the happy mood of a never-ending summer. 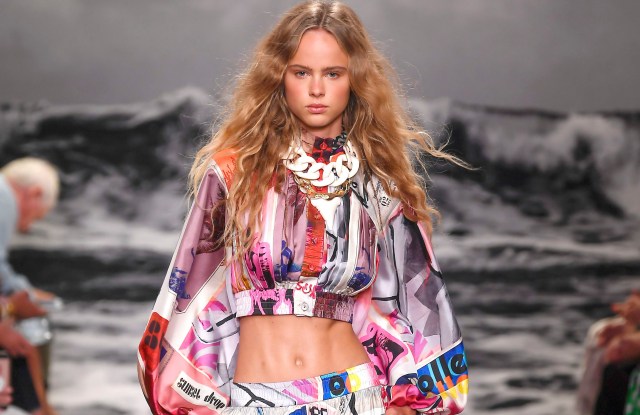 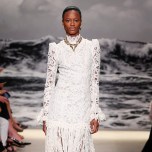 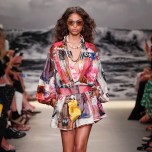 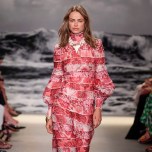 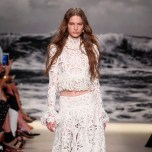 Nicky Zimmermann knows what her customers want. They want pretty clothes, clothes that make them look good and feel feminine and happy. A sense of spontaneous positivity is deeply rooted in the brand, mostly boosted by the energetic, lively attitude of its designer.

There is something honest and unpretentious about Zimmermann, a label that still puts charming clothes at the top of its fashion agenda. And this approach to fashion is actually paying off, with the brand’s figures constantly growing, along with the number of its stores that are opening their doors in high-end locations — most recently in Capri, Italy; Madison Avenue in New York, and on Rue François 1er in Paris.

For spring, Zimmermann said she got inspired by a documentary she used to watch when she was at school, called “The Endless Summer,” in which filmmaker/narrator Bruce Brown follows two surfers, Michael Hynson and Robert August, on a surfing trip around the world.

The designer didn’t take the inspiration too literally — no scuba suits here — but what she gleaned from the documentary is the sense of freedom and positive energy it telegraphed. The joyful mood of a never-ending summer resonated in the lovely collection, which was filled with those feminine, flattering designs that helped the brand build a name for itself in the industry.

Macramé lace, ikat and batik patterns on silk, foulard prints with a tropical vibe — they all contributed to the uplifting vibe of exquisitely crafted mini frocks with puffy shoulders, fringed separates embellished with tiny shells as well as fluid maxi shirts to pair with bathings suits.

In a more evident reference to the documentary, Zimmermann created a bold multicolor patchwork print by mixing and matching covers of surf magazines and film posters from the Sixties and the Seventies. They injected a new, more graphic and pop twist to the collection, which worked well with the label’s signature romantic appeal.