Anton Belinskiy offered up his own commentary on wellbeing for spring. 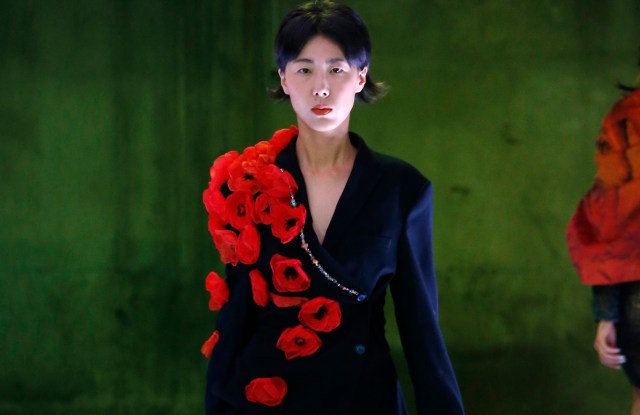 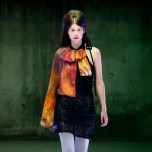 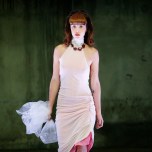 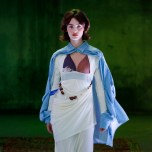 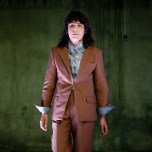 Anton Belinskiy aimed to channel “well-being” with his spring collection, inspired by an old box full of coins he stumbled upon in his mother’s home, leading him to question what was important to him. “This collection is about the bits and pieces that make one feel whole and well again and again,” wrote the Ukrainian designer.

This was perhaps the logic behind the bric-a-brac and painting-inspired prints that adorned several of the designs — a still life on a men’s shirt, a rearing horse on a fleecy sweatshirt dress styled strangely with panties over the top. Draped jersey dresses were distorted with what looked to be old costume jewelry — perhaps found with the coins in that treasure box — a printed scarf formed an asymmetric bralette worn over a boxy one-sleeve T-shirt dress.