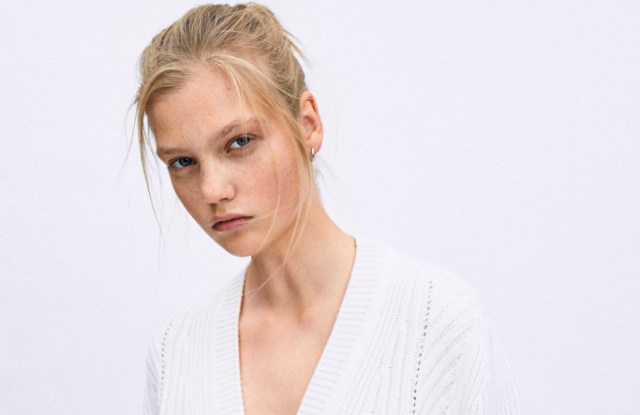 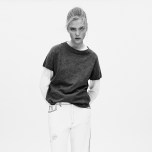 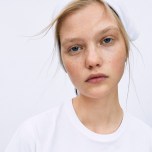 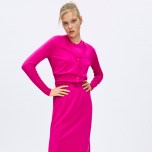 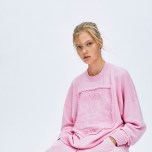 The challenge presented to Augustin Dol-Maillot with his appointment at Barrie, the cashmere specialist owned by Chanel through its Paraffection subsidiary, was to lay down the bases of a brand, rather than as a manufacturer for luxury houses. “Now I want to bring more fantasy,” he said at the presentation of his third collection. “Cashmere is like food. It’s the visual aspect that makes you want to have it or not, that makes you feel hot or not.”

His method to convince that cashmere is also a summer-appropriate choice is to use it extensively, even when less expensive options such as wool or cotton would have been a more natural choice — distressed denim, mesh and terry-toweling — and reach beyond the expected range of sweaters to include everything from slinky dresses to sports socks and bucket hats.

Giving the resulting pieces a pop graphic treatment is another manner in which he de-dramatizes his material. As an homage to Scotland as the birthplace of cashmere, he scattered native illustrations of symbols like castles, sheep, thistles seen from above, or tapped its textile heritage, like the Bandana motif. Originally from the Indian subcontinent, it was popularized in the West as the “paisley pattern” thanks to manufacturers in the city of Paisley, in the west of the country.

But producing luxurious knitwear isn’t the be-all, end-all of his mission. Dol-Maillot has wholeheartedly embraced the constraints of the raw material and its production tools. “I have a fresh eye in a sense, as I was no knitwear specialist when I arrived. By requesting things that weren’t technically possible, the studio would find solutions that would bring new ideas and break new grounds,” he said. On a jacket, vertical stripes were actually the loom-dictated horizontal stripe pivoted by 90 degrees, giving it the desired graphic effect but also a rounded shape.

“I love to use factories for what they know best and having them learn from each other. Confronting technology and craftsmanship. What is fascinating with Scottish know-how is that there’s volume in the stitches, something quite rugged, never too sleek. Where Italy excels is in innovation and yarn blends,” he said. An example of such collaborative efforts is the Bandana motif executed in piqué jacquard with nylon thread detailing. As the saying goes, the devil is in the details but the heavenly touch of cashmere in large gauge crochet or towelling might be enough for most.