Natacha Ramsay-Levi returned to the two house design pillars, soft tailoring and flou dresses, with a pleasingly less-is-more collection that came across like a collective "om." 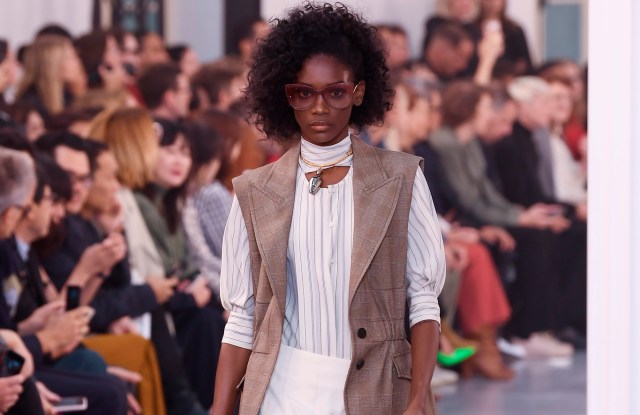 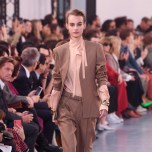 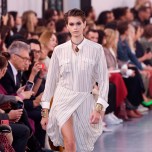 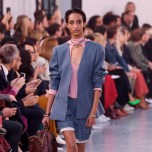 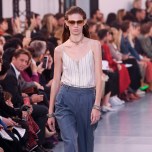 Sustainability, however loosely defined and measured, is the buzzword for this season, with LVMH holding a press conference on Wednesday to tout environmental measures and Kering Group making an announcement on Tuesday that it will follow its Gucci brand and commit to full carbon-neutrality and offset its annual greenhouse gas emissions from 2018.

But for designer Natacha Ramsay-Levi of Richemont-owned Chloé, the first step toward sustainability is breaking the addictive frenzy for the new, she said backstage before the show.

“I felt it was a good moment to be able to make silhouettes more perennial and less disposable, less about what is the fashion of the day, and more about the signatures of Chloé,” she said of the back-to-basics approach to her fifth runway collection for the house. “This is not a destination show. There’s a reality to it.”

After dipping into Ibiza party girl, “Game of Thrones” goddess and equestrian themes in past seasons, the designer instead wiped the slate clean. Showing on a spare, brightly lit set with blonde wood benches, she returned to the two house pillars — soft tailoring and flou dresses — with a pleasingly less-is-more collection that came across like a collective “om.”

The opening look put the focus on wearable clothes: the iconic Chloé blouse, in soft white crepe, with a high collar and soft ties fluttering, worn with the sort of pinstripe pants that are a wardrobe workhorse, thin chain belt, gold cuff bracelets and chunky sandals made for walking. The season’s de rigueur shorts suit came in steel blue, with a peach high-neck silk blouse underneath revealing something more subtle than cleavage: a keyhole cutout over the collarbone. Jackets and utility vests with elastic shaping the waist, over pants or slip skirts, continued the message of feminine pragmatism.

Ramsay-Levi reprised a great-looking pair of pleated culottes from her first collection, which are a kind of khaki pants look for the romantic; Seventies high-waisted denim, and a new seasonal logo T-shirt inspired by an album cover, before going full flou.

Baby-floral, pintucked or pleated cotton dresses, some with Juliet sleeves; girly camisoles and long breezy skirts had the easy appeal that has made brands like Sleeper and Doen Instagram sensations. (To be fair, Chloé was doing it first.)

For evening, simplicity reigned on a storm blue silk pleated dress slit in front and fastened with silver bow-shaped buttons. Although there were a few clunkers, like a pleated skirt with an unflattering black leather, tummy cinching middle, Ramsay-Levi succeeded at keeping most things from being too complicated, a trap she has fallen in before. As she concluded backstage, “It’s my way of saying let’s calm down.”