American artist Austyn Weiner collaborated with the brand for spring, on prints as well as pieces. 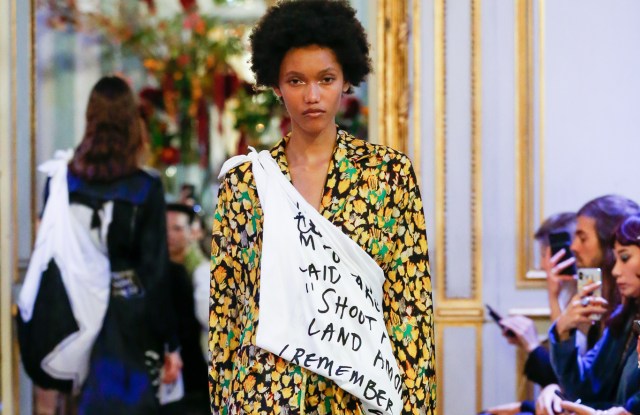 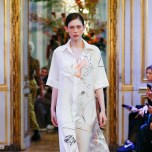 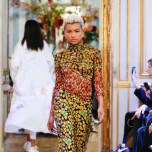 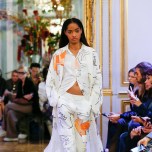 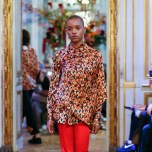 Just before the spring show of Each Other, the camaraderie between cofounder Ilan Delouis and artist Austyn Weiner was evident despite them meeting only a year before. “My mother bought me this Each Other patch jacket about eight years ago,” said the artist, who revealed she had reached out to the brand via Instagram with “Dress me” as an opener. As it turns out, he was already aware of her work and the conversation grew into a collaboration that captured Weiner’s style read through the Each Other prism.

Her paintings became the prints splashed across the surfaces of the first part of the collection. Notions of fluidity — “in gender, in age, in everything” — Delouis insisted, were introduced in the draped, twisting shapes. The overarching idea was of a dark summer, inspired by Weiner’s childhood in Miami and her mother’s wardrobe, like a long-sleeve turtleneck turned summer staple when cut from printed mesh.

If the first part embodied Weiner, the second might be the woman — or person, they both amended — who might attend one of her exhibitions, opening with a crisp poplin wrap dress. Smartly tailored suits soon followed, some including clever button play on sleeves and cuffs, with just a touch of oversize proportions. Slotted in were leather-looking pieces, introduced when the brand became vegan, most notably as a cobalt blue croc-print wrap dress. The overall mood remained relaxed, embodying Weiner’s “fun and free-spirited approach,” as Delouis put it.