Valli was inspired by "eccentric or extraordinary women and their relationship with their garden" — but his soundtrack told another story. 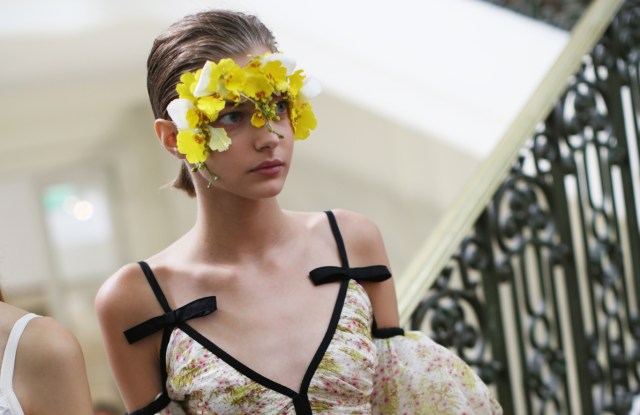 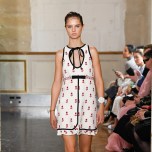 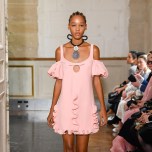 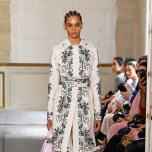 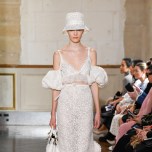 Backstage at Giambattista Valli’s spring show, the designer was fretting. Heads of state including Bill Clinton and Vladimir Putin were in Paris for the funeral of former French president Jacques Chirac, and Valli was worried his audience would be held up in traffic.

The passing of Chirac represents, as the hackneyed expression goes, the end of an era. There was no such sense of history’s inexorable march on Valli’s mood board: it told the story of a privileged class sailing through the decades almost oblivious to social change.

“Actually, the story’s about eccentric or extraordinary women and their relationship with their garden,” he said, pointing to photographs of art patron Peggy Guggenheim and artist Louise Nevelson, alongside his modern-day socialite friends: Sabine Getty, Giovanna Battaglia Engelbert and Eugenie Niarchos.

The garden theme is a familiar one for Valli, who decided this season to draw from the more manicured end of the spectrum, mixing sun-bleached floral patterns and iridescent embroideries with geometric trellis motifs, alongside plain dresses with graphic lettuce ruffles.

Models, some with orchid petals glued around their eyes, paraded through the third floor of the Musée des Arts Décoratifs, where unfinished walls contrasted with the gigantic floral arrangements on the marble fireplaces. “It’s almost her apartment, her garden,” Valli said, pointing to the Tuileries gardens outside.

The idea of someone owning the public garden adjacent to the Louvre museum is not all that outlandish in Valli’s world. After all, his white lace dresses were inspired by the Chantilly lace parasols at Marie-Hélène de Rothschild’s country chateau, and the jewelry was made with 18th-century Meissen porcelain flowers.

But the soundtrack of the show told another story. “You could touch the sky, but you ain’t got s–t on me, ‘cause I’m on top of the world,” intoned rapper Labrinth, underscoring the feeling that today’s luxury customer is as likely to be a self-made entrepreneur as the wife of an oil oligarch.

Valli suggested as much with his bucket hats, flatform sandals and the new versions of his Flore handbag, printed with an oversize logo. “‘Big Little Lies,’” Sofia Carson cried from the front row, as the theme tune to the HBO’s hit show began to play. The mind wandered to how those alpha females might respond to this collection.

Chances are, they would snap it up, because nothing is more aspirational than a life of leisure — or the appearance of it. Getty runs her own jewelry business — as does Niarchos. Battaglia Engelbert has graduated from fashion editor to creative director for Swarovski. So much for tending the garden.