John Galliano looked to the World War eras to find a message of hope. 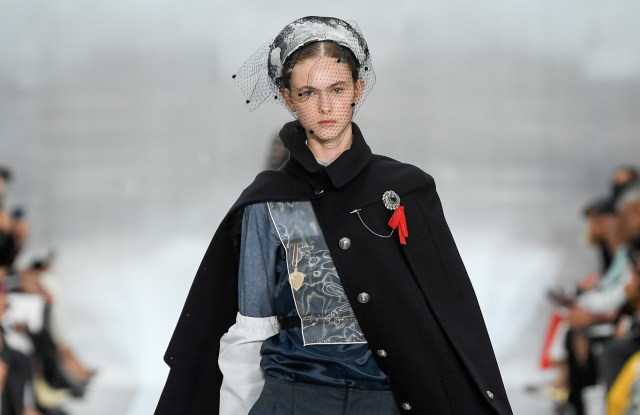 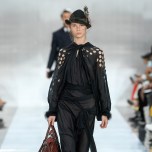 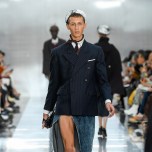 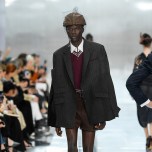 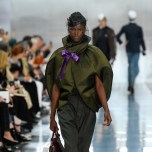 “The theme of this collection is one of hope,” John Galliano said in the podcast that accompanied his Maison Margiela show.

Hope through a lens of war. Galliano is a master at historical reinterpretation, something he has not done obviously in a long time. Here he chose a fairly wide 20th-century time frame with a specific focus — the two World Wars. On the fashion side, it provided a platform on which he could continue his focus on real clothes after his protracted foray into more experimental territory.

On the thematic/philosophical side, here was Galliano, one of fashion’s most notorious renegades, making a case for civic duty, patriotism even. In that pursuit, he turned storyteller, crafting a tale not as intricately as those from his Dior/John Galliano brand days back when, but still with daring. He went for character studies — British nurse Edith Cavell, American soldier KT Robbins, whose WWII story of love, loss and reconnection Galliano saw in a documentary. He wanted to share those “amazing characters” with his young team at this currently fraught cultural moment. We’re seeing “the trivialization of democracy…so it’s about remembrance,” he said. “It’s about liberation, it’s about, if you have a voice — these people fought so you could vote — use it, make yourself heard, wake up. It’s important not forgetting what our fathers did for us, you know, to be able to have what we have today.”

There’s poignancy to Galliano assuming the unlikely role of instructive cultural elder; time changes perspectives. It doesn’t change talent — at least not his. This collection featured a host of the ultra-chic, ultra-inventive real clothes of the sort that long ago set Galliano apart from most of his designing peers.

The period he mined here was known for its sartorial panache. He’s been there before, particularly the Forties. (The man knows his way around the New Look.) This was different. Beneath the various nurse and military headgear, Galliano acknowledged and took major liberties with tropes of the era, until they were undistinguishable. Frilled dresses came in sober-hued dots; a couture-worth bubble of an evening wrap came in Army green; British men’s wear classics were shown in faithful versions, and then morphed into a range of fabulous, boldly perforated coats, as well as sheer printed trenches layered over lightweight faux-twill versions beneath. It was all worn with attitude as befit the characters, from demure to demonstrative. Whatever their demeanor, their clothes looked chic and smart.