Jean Patou was the first to use a monogram, and the first to promote sportswear and accessories, traditions Guillaume Henry continued, in his own way, with his first collection for the newly named Patou. 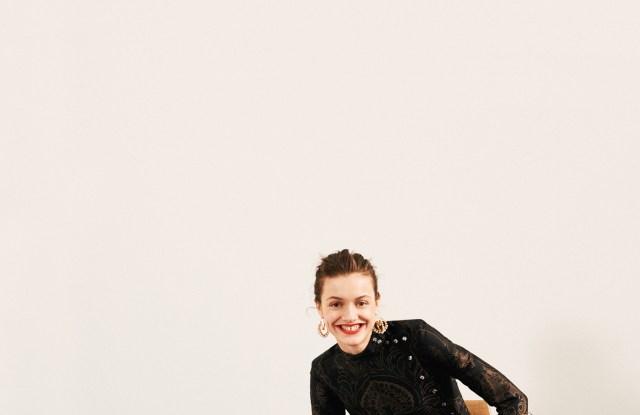 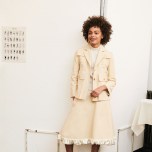 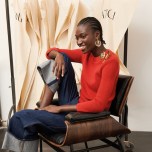 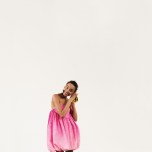 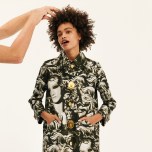 There’s a new destination for accessible chic on the Seine: Patou.

On Wednesday, artistic director Guillaume Henry unveiled a joy (pardon the perfume pun) of a first collection for the house originally founded by Jean Patou in 1914. The business had been dormant for 30 years until LVMH Moët Hennessy Louis Vuitton decided last year to revive it as an advanced contemporary brand under the artistic direction of the Carven and Nina Ricci veteran.

Like the house’s dashing Jazz Age namesake, Henry aimed to charm. And he succeeded, hosting the presentation at the new brand headquarters on Île de la Cité, a neo-Gothic building with wood paneling and arched beams. Guests stepped into a working atelier with dress forms, muslins, seamstresses — and drinks! — glasses of the discontinued minty Schweppes Ricqles, the last bottles of which were sourced by the designer and his team for the occasion. Nice touch.

In his day, Patou was the main rival of Gabrielle “Coco” Chanel, with clients including silent film star Louise Brooks and cabaret performer Josephine Baker. He was the first to use a monogram, and the first to promote sportswear and accessories, traditions Henry continued, in his own way, showing everyday pieces with that French touch, including wide-cuffed jeans and a red marinière sweater with gold brooches at the shoulder instead of buttons; an LBD with square-neck lace collar; a nautical blazer with a JP monogram on the sleeve; and a sporty black suit with boxy jacket shaped at the high waist, with oversize flap pockets, and a short A-line mini to match.

“There is no point to relaunch a brand and only be stuck in the past.…We wanted to be connected to today’s world,” Henry said. “Patou the name is very enthusiastic and joyful, it smiles. We wanted the brand to be something optimistic, a mix between reality and couture, theater and denim. The prices are really friendly, too, and I had in mind my closest friends when designing the collection,” he said, sharing that he wants look books to feature his muses, whether they be actresses or his female coworkers in the atelier.

In addition to LVMH, Patou board members Nikita and Akash Mehta have invested in the business. The brand is being positioned as see-now-wear-now, with the first looks hitting stores and Patou’s e-comm site in November starting at 95 euros with an average price of 600 euros.

There’s also a film tie-in; director Hugues Lawson-Body has documented the revival of Patou for an hourlong film funded by the house, set for online release this fall.