For his second Paris show, London-based Rok Hwang delved further into his childhood to reaffirm his tailoring skills. 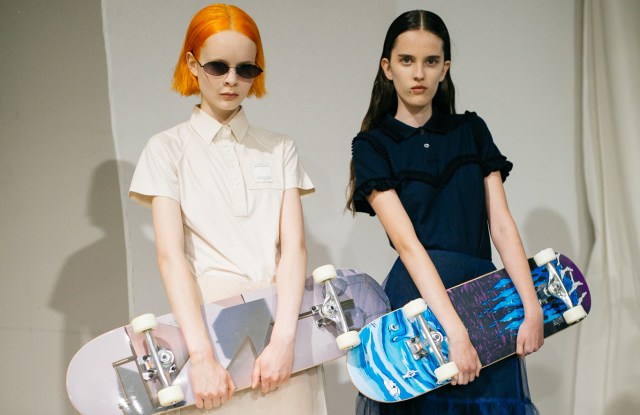 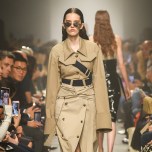 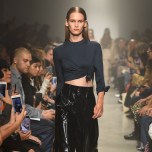 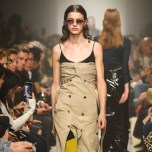 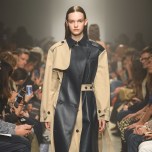 “I’m always talking about my youth,” London-based Rok Hwang said before parading a collection that he described as “belonging to the women of my generation, who were born in the Eighties and came of age in the Nineties.”

It was a recollection of a 1994 road trip across America, from Austin, Tex., to Washington, D.C., and New York then California and Yosemite, the whole family piled into his father’s Lincoln town car. “We spent almost three months in that car,” he remembered backstage. “I wanted to provide the visual story of what I’d seen out of my dad’s car — girls in really sharp suits, walking really fast in New York, mixed with my dad’s tacky style.”

Those were found in sneakers worn with everything, as popular then as now, and in rope details that weaved in and out of a coat. Also featured were the very Nineties layering of skirts over trousers and spaghetti-strapped vests; the mannish jackets; mountaineering details lifted from his father’s ever-ready gear, and lashings of acid colors.

The direction was still youthful, but cleaner and sharper than his first season, especially in the trenchcoats, in gabardine or leather that he sliced and diced with a sure hand. Toward the end, he relaxed the polished stance somewhat, offering his take on eveningwear in the form of preppy polo shirts revisited with voluminous tulle skirts. “It almost doesn’t match together, but it’s a new Rokh-style evening.”

Rokh was at his best when his sharp construction skills came to the fore, as in a dress with sheer fan-pleat inserts, a flirty skirt suit with rope toggles, or a knotted jersey dress.

The designer delivers visually compelling clothes fit by design and construction for a life lived at the tempo of a New York minute — today’s global pace.