Natalie Ratabesi was inspired by a trip down memory lane for her Nineties-tinge Tre collection, her most feminine yet. 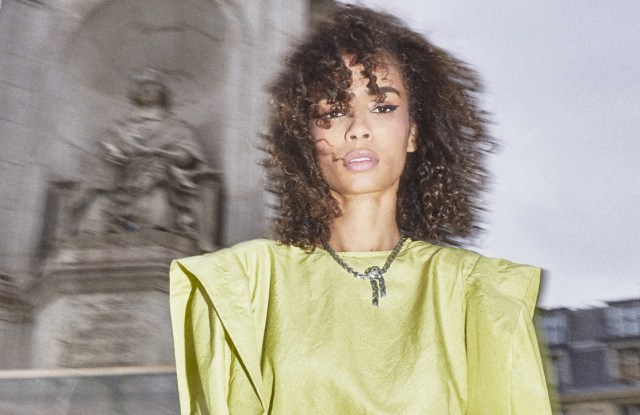 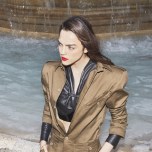 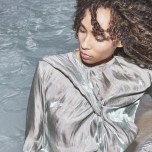 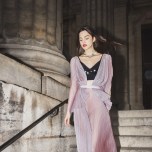 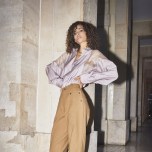 Natalie Ratabesi recently moved house, and when sorting through her belongings, stumbled across old trunks filled with mementos — old sketches, stacks of magazines like The Face and swatches of iridescent fabric.

That was the inspiration behind her Nineties-tinged spring collection, presented for the first time in Paris, which walked a tightrope between glamour and sportswear. Largely iterated in shades of acid yellow, lilac and black, it was the most feminine proposition under her two-year-old Tre label yet.

The vivid yellow pants were streetwise yet elegantly edgy, with hardware details that meant they could be worn several ways. These were styled over a black poly-chiffon pleated bodysuit with balloon sleeves, softening the look.

That same pleated fabric was used on dresses — a growing category for the designer, although she said she never wears one herself — evoking 21st-century versions of Grecian robes with an opalescence when iterated in mauve. Elsewhere for evening, panels of reflective gazar lit up the body, an innovative take on sexy dressing, and there were several softer jersey dresses, too.

Jumpsuits, one of the designer’s great loves, and jeans were carried through from previous collections, and there was even a shellsuit — Nineties oblige — worked in purple silk taffeta for a high-low spin that sums up Ratabesi’s appealing, original proposition.