The latest volume of his “Greatest Hits” continued his co-creation experiment, immortalized on digital 3-D models only. 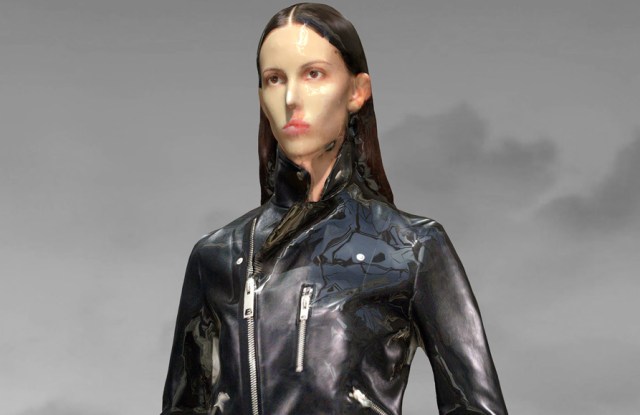 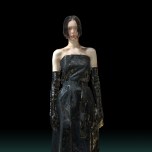 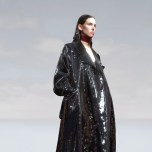 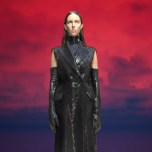 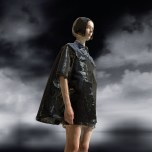 Yang Li doesn’t seem to like runways much. Throughout the years, he’s gone for photography commissions, cinematic productions, Instagram-based experiments, or concerts to present his work.

For this collection, he invited guests to a concert of iconic Scottish alt rock band The Jesus and Mary Chain. Another thing he’s dropped this time? Showing samples on traditional models. To see his designs there were two options: look at the digital 3-D-scanned models created by Agusta Yr in collaboration with Showstudio, or rubberneck at the friends of the brand who appeared shortly onstage at the end of the first set.

Titled “Greatest Hits: Automatic Show II,” it was a continuation of his fall 2019 collaboration-slash-experiment with a dozen women on Instagram, and of his June men’s wear. Diving into his archive spanning seven years, Li turned to artists and friends for them to put their personal spin on them. A Nineties rock vibe suffused these clothes, from the leather jacket to the sleeveless vest, to long parkas and overcoats customized with band patches. At the concert, they were worn in real life by models Ruby Aldridge, Wolf Gillespie — son of the original drummer of the Scottish band — and Tatiana Katysheva, all three of whom could be seen on screen as their very Nineties lo-fi digital avatars rocking away in surreal music-inspired landscapes, but also others including model Ju Xiao Wen, stylist Ellie Grace Cumming, filmmaker Bunny Kinney and fashion editor Leaf Greener.

At the intermission, Li explained his reasoning: “It has to be much more like a community. In this day, a brand needs to be developed as a platform. Clothes are important but they’re like the ticket into a world or a souvenir.” A sharp belted coat or his patch adorned blousons are certainly a sight better than old ticket stubs.