The designer infused contrasting textures and vaguely futuristic details into his neutral-toned collection. 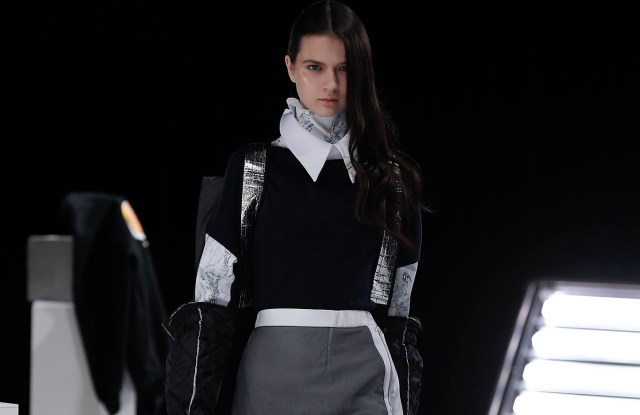 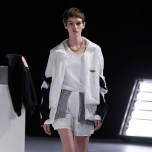 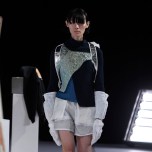 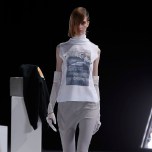 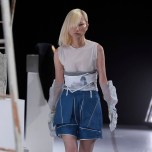 Main message: This brand’s designer, who goes by the name Hachi, said he looked at things that had inspired him in the past in order to create his latest collection. This resulted in an offering with a vaguely futuristic look that nonetheless felt very now. He layered different fabrics to give depth and different tones of the same colors, such as an asymmetric skirt consisting of sheer black fabric over white shirting, over a more substantial black material. Pockets were extra large and always on the outside of high-waisted shorts, slim trousers, structured jackets and Windbreakers.

Some pieces were more basic: white shirts, ankle-length knit dresses in navy or gray, and simple jersey tank tops. But rather than feeling boring, they helped to keep focus on the more interesting items, without competing with them. Many looks included obi-like belts tied around the chest instead of the waist and printed with slogans such as “polyester is future” and “hometown.” The show closed with a crinkled, iridescent sweatshirt that was so oversize that it fell below the model’s knees, its sleeves bunched up around her arms.

The result: Hachi succeeded in turning out a collection that showed both creativity and commercial appeal. It was just unusual enough to make it memorable, without limiting its audience to only the very brave.