The brand's design team showed large, loose silhouettes with some odd details that didn't always add to the garment. 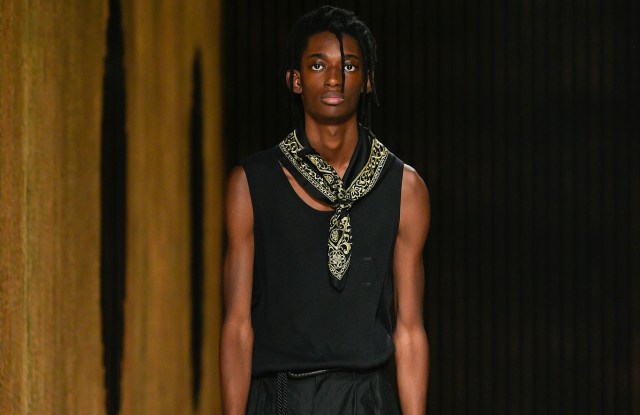 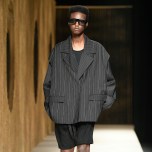 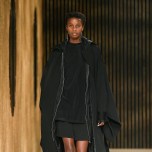 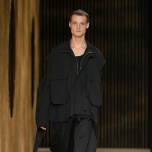 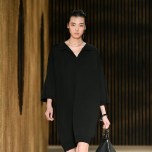 Main message: One of the more commercial brands to show during Tokyo Fashion Week, Hare is designed by a team. For spring they turned out oversize versions of classic jackets and tops, often with exaggerated, wide sleeves, overly boxy shapes, or nearly comically large pockets. Paired with wide-legged pants, some looks bordered on shapeless, but others had asymmetric details that gave them a modern edge. The team incorporated Japanese imagery into their prints and motifs, from kabuki actors to bonsai trees, as well as traditional geometric patterns. Neutral tones of black, white, beige and brown were contrasted with pops of red, fuchsia and gold.

The result: There were some beautiful fabrics and interesting imagery, but many of the pieces themselves were either very basic or so oversized that they lost their shape, and certain details such as trailing ribbons of chiffon seemed to have no rhyme or reason and didn’t do anything to elevate the pieces.