Ryohei Kawanishi worked with New York-based artist Meguru Yamaguchi to reinvent pieces from his archive with a painterly edge. 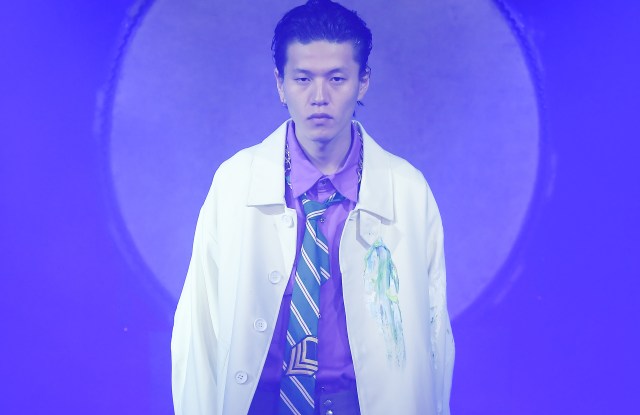 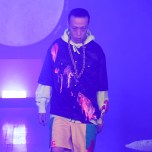 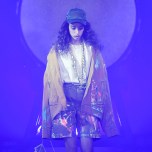 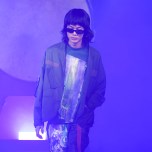 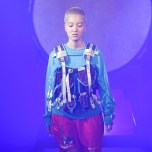 Main message: A native of Tottori prefecture in Japan, Ryohei Kawanishi has lived outside of his home country since he was 18, residing previously in London and now in New York. He said that although he has never actually lived in Tokyo, growing up in the Japanese countryside he was always inspired by the Nineties Tokyo street style that he would see in magazines. Since launching his brand in 2015, he has explored a different theme each season, but for spring he wanted to draw on all of his past influences. He took pieces from his archives and tasked New York-based artist Meguru Yamaguchi to paint directly onto the clothes.

“Through this one show, I wanted to show the context I have been working with for the past eight seasons,” Kawanishi said. “The mix of colors from Meguru Yamaguchi, the street casting. To me, Japan’s original fashion culture is the story of street culture, and that’s what I wanted to show.”

The result: Roomy hoodies, baggy shorts, structured jackets and bright orange or yellow trousers were splashed in perfectly positioned, colorful swaths of paint for a streetwear collection with an artistic edge.