The charismatic musician returned to fashion week with his kimono collection, hoping to popularize the traditional garment among younger generations. 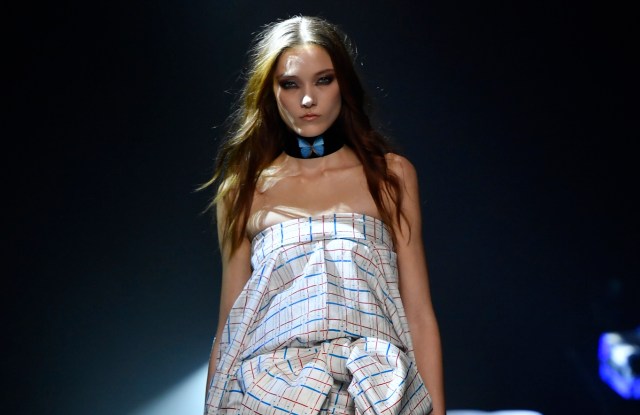 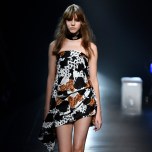 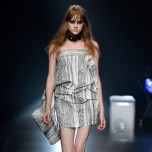 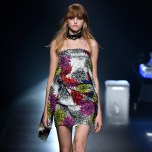 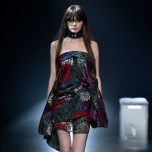 After a three-year hiatus, the kimono brand founded by Yoshiki Hayashi returned to Tokyo Fashion Week as the first show of the season. Predictably, it brought plenty of drama and a higher production value than is typical for the event.

Known simply by his first name, Yoshiki gained fame as the cofounder, drummer, pianist and main songwriter for X Japan, an influential rock band. He also plays classical music as a solo artist, and has composed music for a variety of film and television projects. And while his career has been in music, he was also born into a family that managed a kimono shop. Yoshikimono is his first venture in the fashion industry, and through it he hopes to increase the popularity of kimono among young people, both in Japan and throughout the world. He admits it’s an uphill battle, but due to his level of celebrity at home and abroad — he has played sold-out shows at both Madison Square Garden and Carnegie Hall — it is possible that he’s one of the few people who could accomplish such a goal.

“The kimono industry has been suffering in terms of business, so I was wondering how could I stimulate the kimono culture,” Yoshiki said. “So I decided to combine rock ‘n’ roll taste or punk rock or even animation….I tried to do something new to get the interest from all of the younger generations as well.”

Kimono are brilliant in their simplicity. The shape is unchanging, and since the garment is folded to suit the individual wearer’s height, generally only one size is needed in production. But through innovative styling, Yoshiki showed that kimono can also be worn as different styles of sexy, asymmetric dresses, from mini to ankle length.

He also played with the contrast of the traditional and contemporary, styling the edgier prints in the usual way. There were images from the “Attack on Titan” anime series and the Stan Lee creation “Blood Red Dragon.” Incidentally, Yoshiki also created music for both projects. More classic motifs, including chrysanthemum and other floral prints, were not only worn as dresses, but were also given extra punch with metallic accents or unusual textiles. Thin, gauzy fabrics shared the runway with foil metallics, a slick black material, and a red sateen with gold mesh overlay.

Of his aim to popularize kimono among younger generations, Yoshiki said, “I know it’s not easy, but I’m pretty confident that both people from Japan as well as people around the world will be wowed when they see that kimono can be worn as a beautiful dress as well.”

Naturally, Yoshiki composed the entire soundtrack to the show, and for the second half he joined the models on the runway at his signature clear Kawai piano, this time lit from below with a row of blue lights. Among the models were Yumi Lambert, and the finale saw a model in a silky kimono in thin layers of white and red. it was distinguished by a long, dramatic train and the trailing sleeves typical of a furisode, or formal kimono. A wind machine blew both the model’s long hair and the garment itself as she walked the runway with her arms outstretched.