Ahluwalia wanted to celebrate Black beauty and reflect on the current landscape with her new designs. 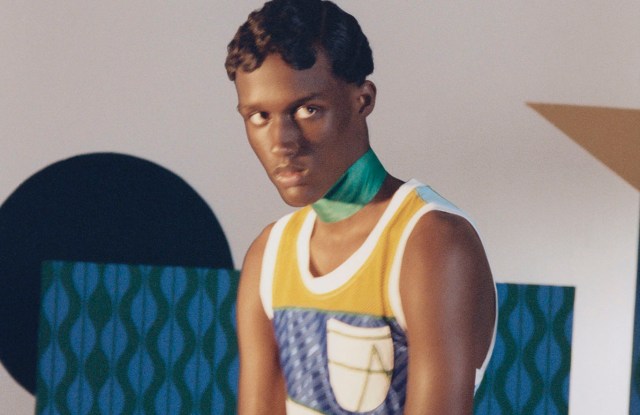 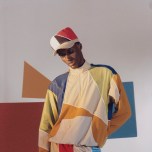 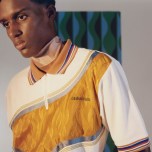 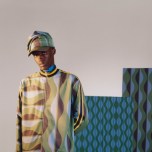 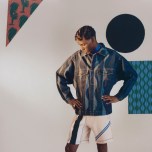 Priya Ahluwalia isn’t one to sugarcoat reality and is open to admitting that “COVID-19 has not been kind to [her] business” — or to herself.

Having to stay away from her team and friends and having no one around to bounce ideas off made for a strange, isolating few months. Navigating the racial justice and civil rights movements that have been happening alongside the COVID-19 crisis, as well as the personal anxieties that they sparked, inevitably had an impact on her design process.

So the designer turned to some of her label’s most trusted styles for spring 2021 and a much more muted color palette.

“I wanted to have softer, earth tones. I know it might not seem so muted at first glance, but those who know my work can tell that it’s very toned down,” the designer said.

The signatures she relied on for the season ranged from printed denim, to tracksuits and polo T-shirts, which had the nostalgic, vintage flair the brand has come to be known for.

There were still hints of positivity and fresh energy in the form of subtle pops of color and geometric graphics printed all over track suits and oversize shirts. The graphics, which aimed at celebrating Black beauty, were a collaboration with the Lagos-born, British graphic designer Dennis McInnes and were inspired by imagery from both recent Black Lives Matter protests and protests that took place in Nigeria in the Sixties.

Ahluwalia, who is of Nigerian and Indian origins, also used this time to delve further into sustainability research and turned current limitations into an opportunity to support local communities by sourcing most of her fabrics from her local Tooting market.

“Markets in London are having a really hard time, with councils trying to knock them down to build some soulless housing. By sourcing locally, you’re hitting two birds in one stone, as you’re supporting the community and also buying fabrics that are mostly deadstock,” said the designer, who against all odds this year has still been able to move forward, moving into a bigger studio in London and working on partnerships with the likes of Evia and Adidas to raise her brand’s awareness.