The designers presented a collection and film that was glitchy, psychedelic yet uplifting. 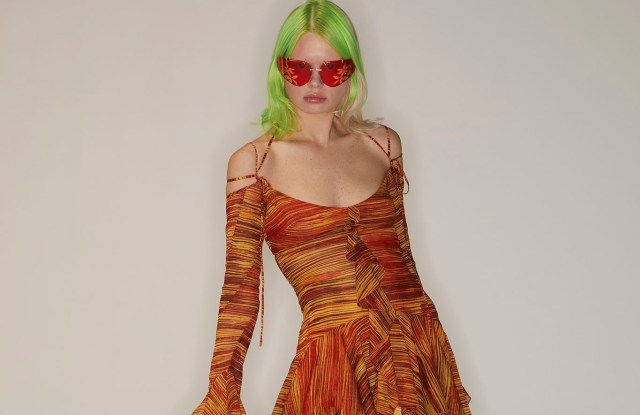 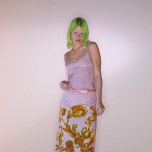 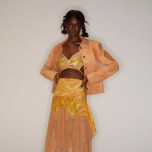 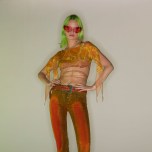 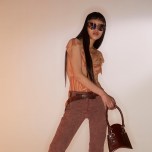 How do you put six months of ideas into a one minute film? Designers Alexandre Arsenault and Charlotte Knowles might have the answer to that. The designers said they wanted to communicate their lockdown reflections into her film presentation. “It’s uplifting, uniting, glitchy and psychedelic,” Knowles said.

For unity, the film features girls, some who have worked with the brand before, spinning around and around on a revolving platform. To uplift and create a psychedelic vibe, time-lapse footage of a flower blooming and withering is interspersed in between. This was used to show rebirth and light in a dark time.

Dizzying at times, the film still managed to capture the details of Knowles’ spring collection, in which she showcased new techniques — whip-stitched detailing on suede and leather jackets, skirts and corsets; braided accents on jersey pants and tops, as well as the introduction of denim in a bright red acid wash.

The clothes were more universally wearable this season, less underwear-as-outerwear, and with an of-the-moment Aughts vibe — spiral prints and an acid-tone color palette — that influencers should be scrambling to get their hands on.