Inspired by the world of tennis and female tennis players, Koma delivered a collection packed with energy and dynamism. 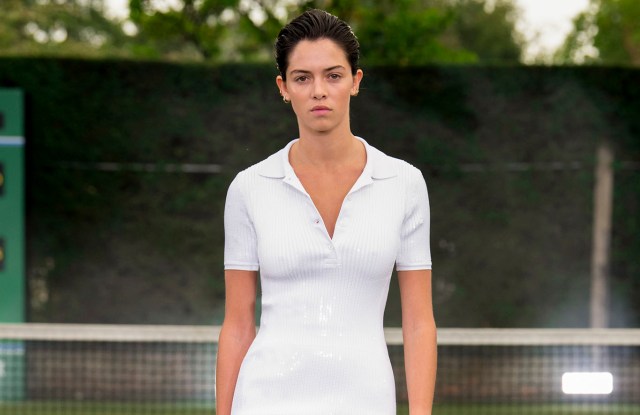 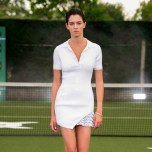 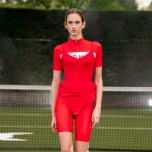 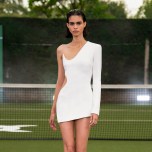 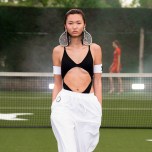 While most designers have been scaling their collections back and mostly playing it safe, David Koma took a “no excuses” approach.

For spring 2021, the London-based designer shaped a clear vision of what he wanted to achieve, set the bar high for himself and against all odds, delivered.

It helped that his main point of reference was a set of women as determined and disciplined as himself. When designing the spring collection, Koma drew inspiration from the world of tennis and the female tennis players he’s been building relationships with over the years.

Maria Sharapova has often frequented the red carpet in his creations and more recently, the designer had been invited by the Women’s Tennis Association to dress some of the players.

“Their discipline and type of strength really matches my vision of the David Koma girl,” said the designer, who grew up in an athletic family and if it wasn’t for his love of design, he would have ended up as a tennis player himself.

But that’s not to say that Koma has moved to designing active wear or your average work-from-home gear overnight.

Instead he brought his world of fantasy and glamour to the tennis court, adorning his signature body-hugging gowns with rows of crystals that resembled tennis bracelets; adding large, tongue-in-cheek bejeweled tennis rackets on the backs of structured blazers and miniskirts, or turning the humble polo shirt into a series of impeccably fitted stretch-knit dresses.

There was also a mini number featuring a large cutout in the shape of the brand’s new “DK” logo — making its debut this season, after years of trial and error to perfect the typography.

Koma also sprinkled some more laid-back, day-appropriate pieces into the collection, while holding onto the fantasy: They came in the form of logo-embossed terry dresses elevated with crystal-embellished cutouts; maxi gowns in ribbed jersey fabrics, and cycling shorts layered with dresses or structured corsets. The latter were some of the most technically challenging pieces in the collection, designed as a nod to Thierry Mugler and reimagined for today with less restrictive fabrics.

They highlighted Koma’s ability to broaden his world, without losing touch of his signature aesthetic — or his ability to curate.

His collection was made up of a streamlined 40 looks, which made him one of the few designers in London who didn’t have to scale down this season — perhaps a testament to his conviction to take things slow from the get-go and build solid foundations for his label.

“It’s always been about exclusivity, an edit and artistic products you can’t get elsewhere. Nowadays this is part of what we call sustainability,” he added.