Michael Halpern dreamt and draped and stitched his way through lockdown, his beloved dog by his side. 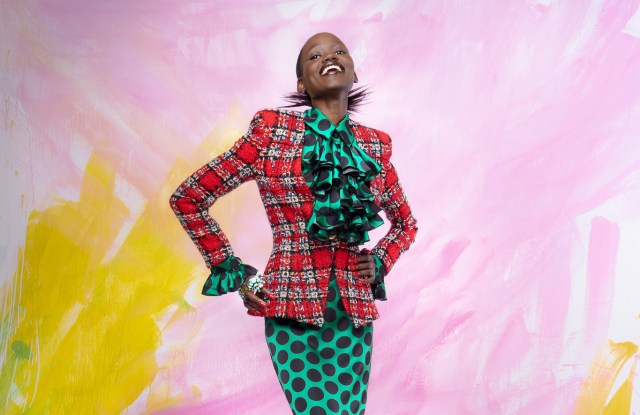 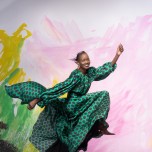 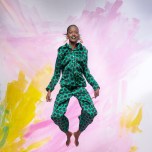 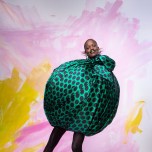 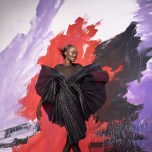 Michael Halpern, the New Yorker who made his name in London with sequin-studded delights, draped and stitched his way through lockdown.

He ended up with an electric, bright collection of floaty, fringed and fabulous clothes for spring, worn by NHS and front-line staff for a film that accompanied his presentation this season.

Halpern argued that after months at home wearing leggings and sweaters, “people want the joy, the fantasy, they want something to look at.” Cue a breezy red tweed suit edged with black ostrich; an emerald and black polka-dot gown, and a red and fuchsia zebra print caftan that’s so dizzying it should come with its own pair of sunglasses.

A giant, multicolored ostrich puffball was in the mix, too, but that’s not for sale.

Halpern made it because it felt so right, and because his roots will always be in couture. It was one of the pieces he used to dress the eight women in his “Heroines of the Front Line” film. He pulled together women of a variety of ages, sizes and backgrounds, dressed and styled them like glossy celebrities and asked them to talk about their work during lockdown.

He got to know the women while helping to make personal protective equipment for Royal Brompton Hospital in London, and they included a hospital cleaner, a nurse, a London Underground train operator and an obstetrician gynecologist.

The designer, who presented his collection via one-on-one appointments, said while he loves the flourish and fanfare of a show, “I don’t miss the runway right now. It doesn’t feel modern or appropriate.”

“Who says we even need to have a runway show every season? When they happen, they should be really special. There are no rules anymore,” the designer from behind his chic black mask.