Ilincic said she wanted to transmit the internal dramas, and conflicting emotions, of lockdown. 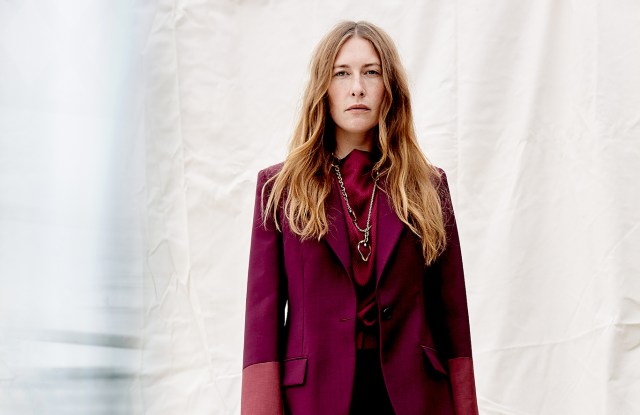 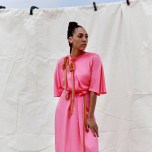 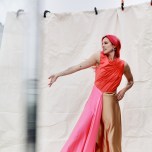 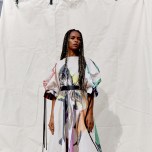 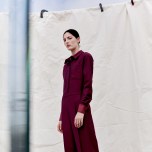 Roksanda Ilincic conjured a different sort of drama this season. The designer known for her exaggerated proportions, ballgowns and references to contemporary music and art created a series of homey tableaux inside the penthouse apartment she’d previously decorated in a new development near London’s King’s Cross station.

A diverse band of models inhabited the various rooms: In the kitchen, a woman in a long, color-blocked silk asymmetrical dress prepared a salad. In the living room, a clutch of women discussed social issues and early years childcare. One was dressed in a long, canary yellow cutout dress, another wore a boxy silk linen mauve suit while a third stretched out on the sofa in a long, crinkly dress with a painterly splash of color at the front.

Downstairs, a mother and daughter reclined on a big bed in a messy room, laughing and talking as they watched the computer screen, while next door an older women with long gray hair flipped through family photo albums.

A bougainvillea pink gown and a delightfully fluffy, feathery orange mini dress hung in a closet.

Ilincic said she wanted to transmit the internal dramas, and conflicting emotions, of lockdown, of so many hours spent, in isolation, at home. But she also wanted to demonstrate how fashion can add a sense of beauty and optimism in difficult times.

“I decided to look into what fashion means to me, and to society, and the collection is relevant to the times we live in. It’s very functional — there are not any big ballgowns or cocktail dresses — but more luxurious tailoring, separates and the introduction of knitwear, which I did as loungewear,” the designer said.

“What is very very important — the biggest relevance of fashion — is the element of optimism. That innate desire to make things better, to create the dream. The dream is so important, the element of escapism, the beauty that elevates us at the worst possible times.”

Ilincic, like so many of her fellow designers this season, worked inventory from past collections into her most recent effort — one of many silver linings for fashion and the environment in a strange and difficult year.