Mouret focused on pieces rather than on looks, and his lines were sharp, with details such as folds, twisted fabric and flourishes of silk. 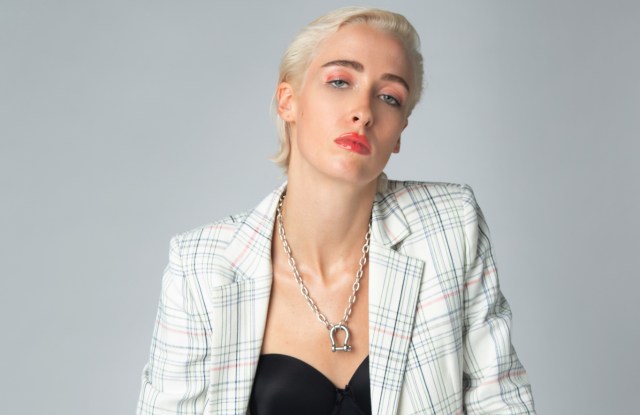 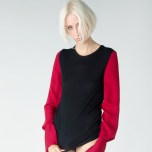 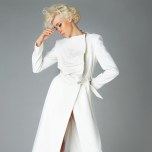 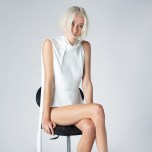 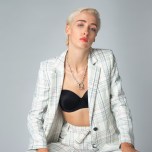 Roland Mouret’s aim was to whittle down his collection to a handful of recognizable pieces that would define the season. He also wanted the clothes — including a pencil skirt, an A-line dress with puff shoulders, and a trenchcoat — to offer value for money, and work with the clothing already hanging in his customer’s closet.

Like his peers, Mouret has rethought the way he designs and delivers, and plans to go forward with two seasons a year, spring and fall, split into regular deliveries.

Earlier this year, the designer admitted that much of what he’d been putting on the runway had been pre-collection clothing, and seasonal collections were already blurring. Lockdown, he said, gave him further opportunity to focus his offer, reduce waste and “readapt” to the needs of the customer.

Going forward, Mouret wants his collections to have a strong identity and staying power. He also plans to give customers a reason to buy full-price now, rather than wait for the sale, or the high-street knockoff.

“In the past we were doing so many collections, repeating products season after season, doing them in different colors, mashing them up and overstyling them. There was too much out there. From now on, I want things to be rare, special and specific to a season,” he said.

For spring, Mouret’s focus was on individual pieces rather than looks. His lines were sharp, with details such as folds, twisted fabric or a dollop of silk on a cuff or a collar.

A white trench had delicate, leaf-like folds across the front, as did a black, cold-shouldered top, both of which were inspired by the Mouret gown that Reese Witherspoon wore for the 2020 Golden Globes.

A curvy, robin’s egg blue dress and a navy blue strapless gown each had built-in bra cups, also with little folds at the front, while knits were fluid with languid, scarf-like sleeves.

The dresses were standouts: A bright red one had epaulets made from little folds of fabric, while a baby pink A-line style had little puff shoulders. In a sign of the times, both came with matching face masks tucked inside.