The collection restated designers Luca Lin and Galib Gassanoff’s penchant for contrasts and deconstruction, but under a more mature light. 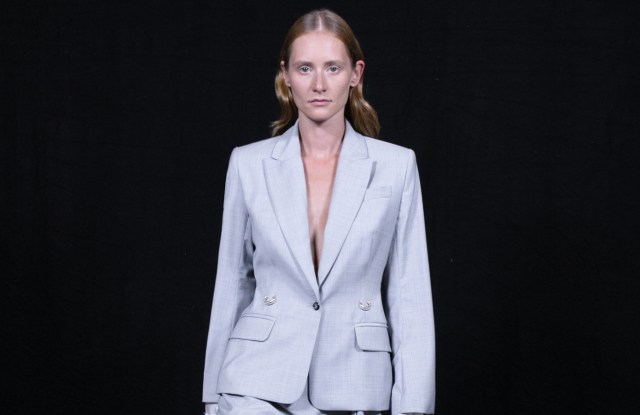 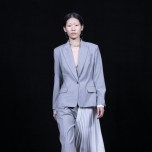 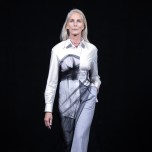 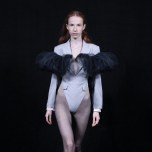 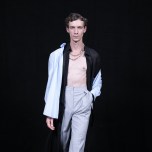 A glass case had multiple meanings in the video Luca Lin and Galib Gassanoff presented to unveil their latest effort.

Part representing the isolation experienced during the lockdown, part evoking individuals’ personal space, it became the center stage for characters populating the brand’s world to perform under the scrutiny of the viewer. A mother breastfeeding her child; a ballerina dancing; a Muslim man praying; a woman playing the cello, and tailors hand-stitching a jacket were among those waiting for the case to open and get out.

In the meantime, they wore the hybrid styles of the cohesive collection, which restated the designers’ penchant for contrasts and deconstruction, but under a more mature light. Blending masculine and feminine, suits came with pleated panels, sartorial jackets were turned into extremely high-slit leotards embellished with ruffled tulle, crisp shirts were cut and over layered with draped satin inserts.

Movement aided pleated dresses and fluid satin frocks with flounces to look particularly good in the clip — and wearable outside the glass case — but the maximalist, puffy tulle gowns in baby blue and burgundy were what viewers will eventually remember.