Antonio Marras built his spring collection as an archipelago of different islands, kept together by a single creative vision, fusing feminine romanticism and artisanal craftsmanship. 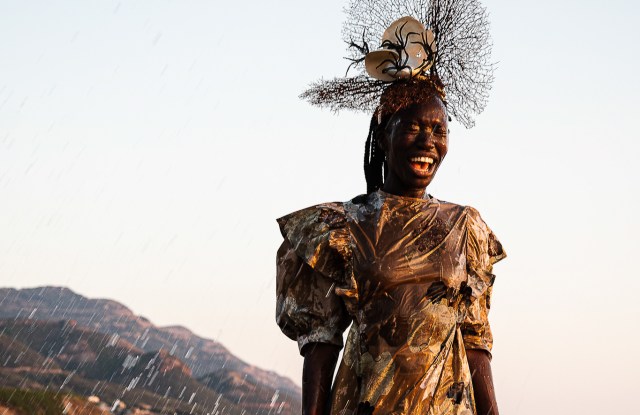 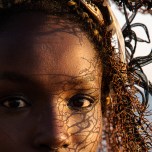 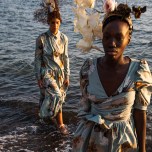 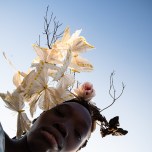 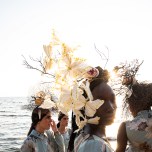 While trying to focus more on everyday silhouettes, Antonio Marras didn’t ease up on artisanal treatments and rustic craftsmanship with his spring collection, realized mainly at his Sardinian ateliers.

He dreamed of a couple of twins touring an archipelago, and his lineup featured different groups of clothes, like islands with their own characteristics that somehow added up to a whole — like an archipelago.

Hyper-feminine dresses were printed with a variety of floral patterns, some with Asian airs, and these also were patched on military cargo pants and workwear-inspired canvas jackets. Polka dots and densely sequined tunics added punch, while streamlined silhouettes counterbalanced the richness of the textures.

Marras is not only a fashion designer, but also an artist and his stylized portraits of fantasy characters took center stage in the collection, embroidered on T-shirts, sweatshirts, and on a terrific range of white cotton shirts.

An Antonio Marras runway show is always a feast for the eyes and stirs the heart, and this was deeply missed this very peculiar Milan season. His video, filmed in different locations around his house in Alghero, offered a conceptual, dreamlike interpretation of his feminine, romantic spring collection, one that felt highly appealing also for a younger target.