Ermanno Scervino is marking the brand's 20th anniversary and his spring collection was as feminine and romantic as ever, yet tempered by edgy faux leather looks. 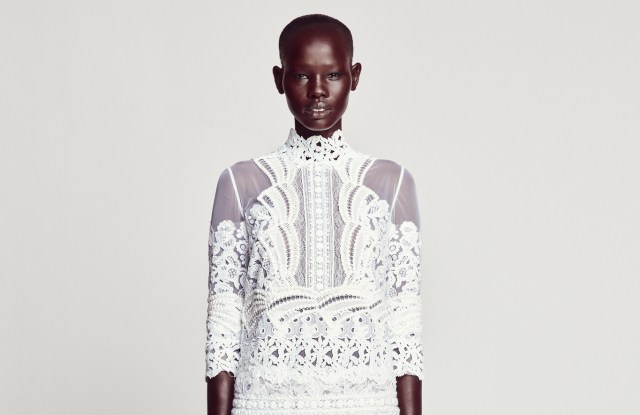 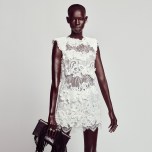 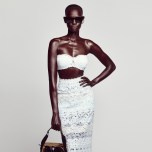 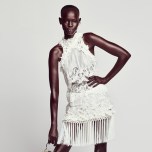 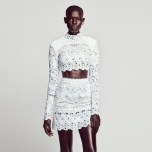 Ermanno Scervino celebrates 20 years in business, but he’s not looking back. On the contrary, the designer is seeking “newness and modernity,” he said during a walk-through at his Milan showroom.

The spring collection was shown through a short video of Natasha Poly, Joan Smalls and Irina Shayk enjoying the open air and scenery at a farm and on the beach in Maremma, the “wilder and less known” part of Tuscany, the designer remarked.

“Fashion works only if you blend technology and artisanal craftsmanship,” he said.

To wit: A coat that looked like shearling was actually made of suede and lined in canvas as soft as cotton. The coat was embellished with embroideries of delicate flowers running down the sleeves. The same embroideries also appeared on a tailored jute blazer, paired with shorts for a young take on the suit. Once again, Scervino’s technique rendered the jute very supple.

What appeared to be real leather was actually faux, and Scervino admitted he preferred the results on the latter, as a miniskirt or a jacket with floral embroideries — all in black and white.

Scervino tempered his signature feminine designs, such as a sequined pastel dress or his romantic lace and openwork blouses, with edgy black leather dusters, for example. “A favorite of Irina,” he beamed.