Giorgio Armani turned fashion into primetime at-home entertainment Saturday, when he broadcast his men's and women's collection on Italian TV. 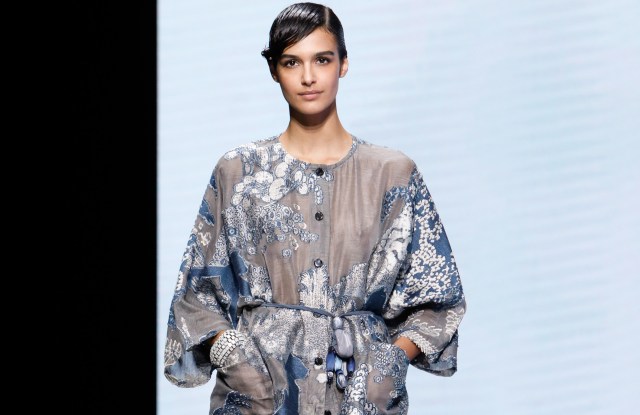 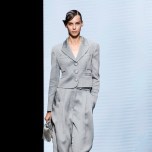 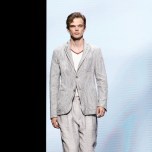 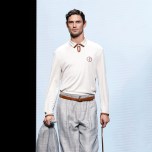 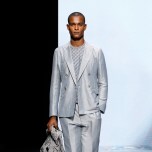 Giorgio Armani turned fashion into primetime at-home entertainment Saturday, when he broadcast his men’s and women’s collection on Italian TV.

The designer has been a leader through the pandemic, becoming the first to stage a virtual presentation during Milan Fashion Week in February when cases of COVID-19 were climbing in Italy, and penning an open letter to WWD urging the luxury industry to slow down its endless delivery cycle to save itself, and focus instead on timeless style like he does.

The special once again put him center stage, a calming, steadying influence, starting with a short documentary narrated by Italian actor Pierfrancesco Favino, giving viewers an overview of how Armani changed the way people dress and helped make Milan a fashion capital. The film hit home the brand DNA points of modernity, fluidity and liberating men and women with its signature soft suiting, as well as Armani’s worldwide fame and Hollywood connections.

“Some think fashion is frivolous…but fashion is a reflection of our time,” the film states of his vision. Cue spring 2021, “Timeless Thoughts,” shown in the designer’s Teatro, but without an audience.

While the collection was not necessarily more concise (99 looks between men’s and women’s), it was a reset and reiteration of Armani’s aesthetic priorities with an eye toward the reality that we may not be going back to offices anytime soon. These were clothes that project a confident ease in the face of whatever life throws at you. They were reassuringly familiar, and the presentation quietly soothing in pace and structure.

The very first look said it all, a perfectly cut, women’s gray micro-check jacket and solid trousers cropped to the ankle, that’s the only suit one would ever really need to own — unless you wanted to try a slightly cropped jacket instead (look 2) or the men’s version of the new-old Armani uniform, a beige linen suit or linen trousers with a subtly monogrammed polo shirt.

Starting with men’s wear, Armani reflected the new commingling of work and leisure with the comfortable rumpledness of a vest worn sans shirt under a blazer (hot), or a silk midnight-blue T-shirt and collarless blazer with shorter-length trousers (cool, Zoom-business at the top and play on the bottom). A squiggle-patterned cardigan jacket over baggy, pleated navy trousers, and a blue picnic-check vest peeking out from a blazer were more creatives-working-at-home. Fisherman sandals and belt bags added to an earthy ruggedness.

For women, at last the designer’s beloved pajama pants, cut full in the legs and gathered at the ankles, look right! He leaned into the louche, at-home boudoirness of belted robe coats, oversize shirts, easy pants and long skirts, working in soft greens and petal prints that key into the back-to-nature moment.

Evening was reserved, with a focus on sparkling jet bead embroidered blazers, short jackets or coats over fluid pants or skirts. Soft, flowing metallic floral or geometric patterned strapless dresses with plunge fronts and Seventies ease would look right around a very grand dining table at home — or a backyard socially distanced event. The camera work lent itself well to highlighting the atelier’s handwork, and special pieces like a silver crystal fringe camisole that brought to mind the sparkling pearl Armani Prive bandeau Zendaya wore at the Emmy Awards last weekend. The only jewelry an at-home star needs.