The news at Herno was not a new tech fabric but a silk accessory. 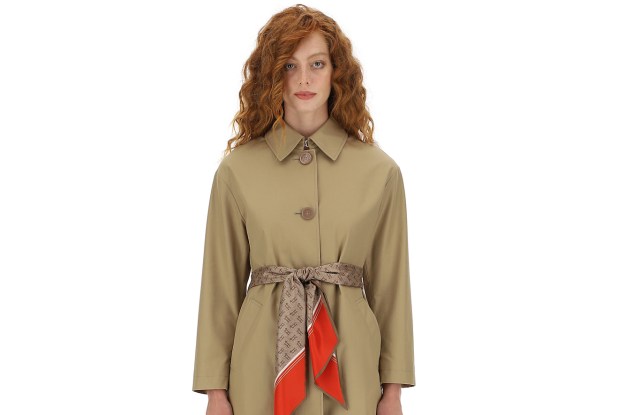 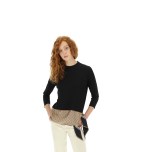 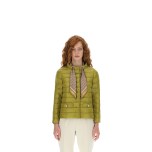 A deep look into its archives brought Herno to introduce an unexpected element for a company whose bread-and-butter is outerwear: silk foulards.

Inspired by the Fifties in its quest for lightness, the brand deployed the accessory in multiple ways, ranging from purely ornamental to functional. For instance, monogrammed silk foulards replaced strings in nylon down jackets and belts in trenches.

To further press on the theme — and expand its product offering in times that challenge the demand of outerwear pieces — Herno also introduced a T-shirt and knitwear series. In addition to logoed versions, these reprised the foulard element on the neckline or through wide bands running through the bottom hems to be knotted on the side.

Meanwhile, the company did not neglect its core business. Outerwear was offered in a wide array of shapes — including raincoats, parkas and A-shaped and bomber jackets — and fabrics, such as cotton, linen and nylon, as well as colors.