Lucie and Luke Meier offered a feminine, intriguing interpretation of their signature emotional minimalism for spring. 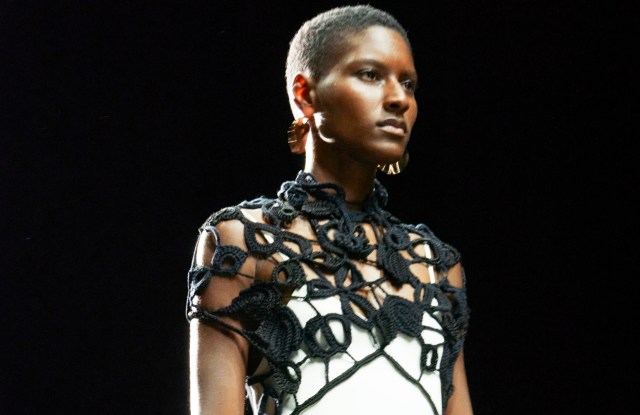 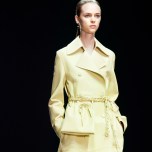 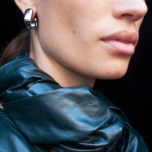 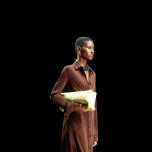 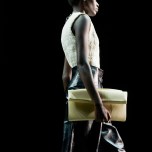 Offering a meaningful daywear wardrobe was the intent of Lucie and Luke Meier for spring. The designers showcased another interpretation of their signature simplicity warmed up by artisanal touches and this season by the introduction of lively colors, including gold, yellow, red and copper, juxtaposed against the brand’s signature black and white.

Presented outside the official fashion week schedules, the collection was unveiled with a suggestive runway show-inspired short movie that was filmed in a soundstage in Milan and which played around the contrast between light and darkness.

The short movie exalted the emotional component that the Meiers encapsulated in their collection, which, in keeping with the designers’ signature approach, featured an intriguing combination of minimalism and seductive femininity.

Playing with precise yet airy and never stiff silhouettes, the designers conveyed a sense of polished elegance with a twist of conceptual modernism and a hint of urban functionality. For example, asymmetric folded details and side inserts in contrasting colors echoed John Chamberlain’s neo-Dadaist multicolored sculptures, while a beautiful trenchcoat crafted from light yellow supple leather was cinched at the waist with a rope-like belt holding a coordinating pouch.

Suits unveiled soft constructions, plissé frocks featured breezy volumes and shirtdresses were embellished with enlarged covered buttons. Artisanal touches were introduced in the shape of black handmade crochet enriching the bodice of a simple white dress and of hand-woven leather creating a geometric texture on a tunic worn over fluid pants.