The Italian brand, part of the Max Mara Group, is celebrating its 40th anniversary with a capsule collection designed by Antonio Berardi. 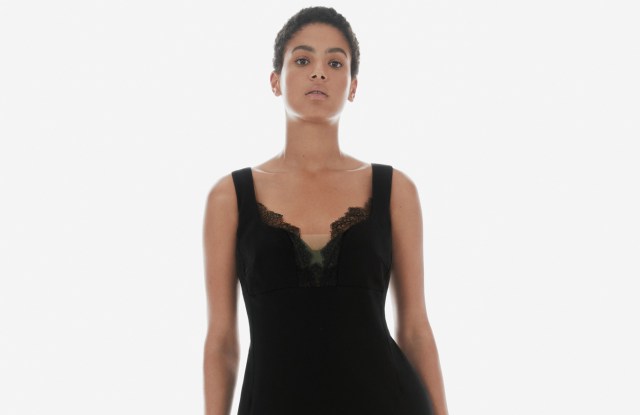 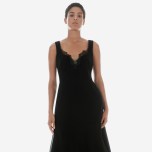 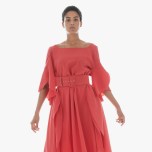 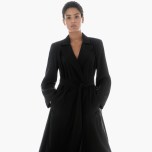 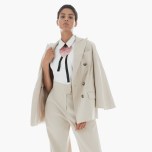 Marina Rinaldi is celebrating its 40th anniversary with a capsule collection designed by Antonio Berardi.

The designer said he looked back at the Italian brand’s past advertising campaigns, finding looks and concepts that marked the evolution of the label, which has remained committed to supporting values of body positivity.

Berardi revisited a tuxedo-style trouser suit, adding his own touch with kimono sleeves. His influence was also seen in a feminine dress with lace detailing. “It’s slightly naughty,” he said, smiling.

The sensual vibe was also apparent in a floaty red dress with a hood draping, revealing the back, which was also a focus on a jacket with a porthole.

A heart-shaped rhinestone detail sparkled on fuchsia ballerinas with black ankle laces, as well as on belts and chokers held together by a grosgrain strip. “I wanted to bring love back and I felt these were very Eighties’ hearts,” the designer said.

“There are no embroideries or prints and we avoided exaggerated, flamboyant designs,” Berardi said. “[But] to celebrate the anniversary, we wanted a joyful collection.”

The designer previously worked with Marina Rinaldi on a collection for fall 2020.

His sketches served as a backdrop and a decor for the brand’s installation during Milan Fashion Week.

Lynne Webber, managing director of the brand, which is part of the Max Mara Group, enthused about the milestone anniversary and the value of Marina Rinaldi as “a game changer” in the industry, a longtime promoter of inclusivity.