Fashion, said creative director Francesco Risso, is "about the 'we.'" He made that point with a video featuring more than 40 friends filmed in 12 cities around the globe, from Shanghai to Grand Island, Neb. 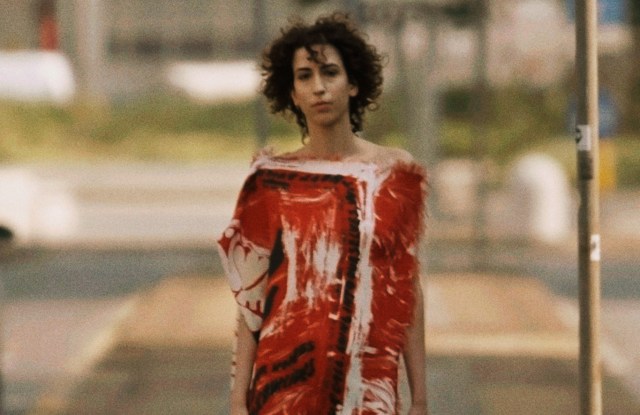 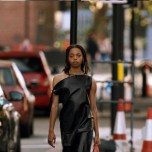 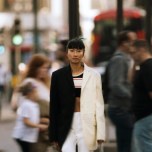 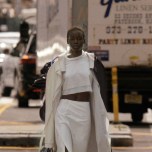 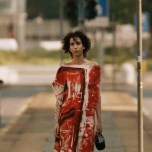 Fashion is “not about the ‘I’; it’s about the ‘we.’” So said Marni’s Francesco Risso during a preview of his spring collection. At this extraordinary time, Risso chose to eschew traditional inspiration — no landscapes or other such prettified notion. Rather, he focused on the notion that true fashion takes root in a collective of people involved in its realization — those who create it and those who wear it. He had the germ of the idea pre-COVID-19, and it took on stronger resonance as the pandemic changed our lives and the world.

To make his point, Risso planned an intimate, ambitious video presentation: a livestream that would integrate narratives of more than 40 people in numerous cities around the world, some expected, some not: Asheville, N.C.; Dakar, Senegal; Detroit; Grand Island, Neb.; London; Los Angeles; Milan; New York; Paris; Philadelphia; Shanghai, and Tokyo. “Not models but human beings.…Not a venue, but the world,” his show notes said. There was plenty of margin for error, given the mélange of global footage and the fact that the filming was done by, the film credits noted, “family/friends with cameras.” Risso and his collective pulled it off beautifully.

Now, it wasn’t exactly as the designer described in the preview. He referred to an all-live event, and said the not-models-but-human-beings were sent the clothes to have their way with them. Yes and no. Parts of the video were pre-shot, and the end credits note the participation of AAA-list stylist Camilla Nickerson.

No matter. The point resonates: Fashion isn’t only about clothes. It’s about life and all of the emotions and mundanities involved therein. We see the clothes — or more correctly, people wearing the clothes — in numerous real-life situations: on the subway, at the grocery store, practicing the cello, painting a portrait.

The video was cleverly constructed toward an ending that serves as a mini runway. Each person picked a place for a stroll and was videoed there, allowing viewers a head-to-toe look at the clothes. There’s a lot to take in. Effusive graffiti-like graphics derived from an in-house poetry-writing project. High-intensity stripes in black, red and white. Distressed knits. Dissonant layerings. Out-to-there skirt volumes. Most of it is compelling, projecting artful overstatement to appealing, if frenetic, effect. And mixed in, rare moments of calm: a white denim suit; a vertically split black-and-white coat over cropped top and skirt, chic in the traditional sense.

Almost never worn by cast members: masks, their dearth registering only after someone puts one on. Then, the lack of masks strike as odd, given the premise of capturing real life in real time.

That significant caveat aside, the various “narratives” of Risso’s cast make a strong argument for the validity and importance of fashion. As over-the-top as the clothes are, the individuals wearing them make them their own quite believably, and therefore, telegraph that dressing in real fashion makes sense for everyday life.

What’s missing: Any sense that doing so lifts spirits. While many designers are playing to the notion that in rotten times fashion can do its part for the psyche, Risso makes no such case here. Yes, there are a few smiles and a laugh or two, but overall, there’s no sense that the people in the video derive any particular pleasure from their bold, dynamic, attention-seeking outfits.  These are not effortless clothes. And if you’re going to make the effort, shouldn’t the clothes bring a little joy?