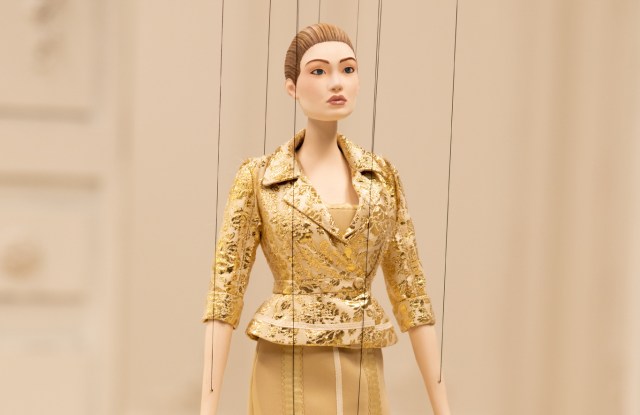 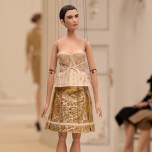 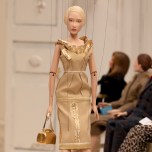 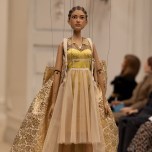 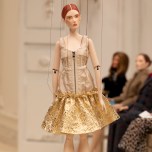 For a designer trying to figure out how to show a collection during a pandemic, having Hollywood in your backyard is a bonus.

Grounded in L.A., Jeremy Scott turned to Jim Henson’s Creature Shop to bring his Moschino collection to life in miniature on 30-inch marionette models walking in a charming, salon-style, fashion-show film that is one of the most creative live-show hacks of the season.

But make no mistake, this wasn’t just a Hollywood trick; it is a sweetly sentimental ode to old-school fashion, with a focus on dressmaking from the inside out.

Speaking from his home in L.A. on the eve of the film’s premiere, Scott said he began the project back in April, when travel restrictions seemed like they weren’t ending, drawing inspiration from Théâtre de la Mode, the touring exhibition of tiny Paris fashions created to raise funds for the survivors of World War II, and to help revive the embattled French fashion industry. (Maria Grazia Chiuri at Dior and Walter Von Beirendonck also unveiled collections in miniature over the summer.) “I thought I could create the funny world of fashion, with its intricacies and traditions and nuances,” he said of the gilded miniature runway scene and dressed-to-the-nines front row featuring a few recognizable characters, Anna Wintour, Anna Dello Russo and Hamish Bowles among them.

“It was a super undertaking, not only to build everything in their world, the audience and the clothes of the audience, but to miniaturize the looks of the collection and put together the team to create the build, and direct and edit the film,” Scott said.

Scott has worked with the Jim Henson Company before; he was the first fashion designer to make clothing for Miss Piggy. But he chose low-fi marionettes for this project for a reason.

“You see the strings, you don’t see the puppeteers but you sense them, and you know it’s a human craft, just like dressmaking. People don’t give attention to pinking shears and figuring out how darts are finished, but I wanted those to be the design lines of the collection, the patterns and embellishments. It was about showing human contact, thought and process, because this has been a humanizing experience globally we’ve all had to endure.”

In the pandemic future-fashion debate of functionality vs. fantasy, it’s clear which side Scott comes down on with this collection, a dressy follow-up to last season’s Marie Antoinette collection with a Fifties couture mode, brocade peplum jackets, dress pattern-printed pencil skirts, tulle sweetheart dresses, cocktail sheaths and trousers with inside-out seams and paneling (a nod to Franco Moschino’s penchant for surrealism).

“We have a very dedicated clientele that loves ladylike things with a twist,” Scott said, explaining that there will not be a lot of watered-down commercial pieces. “I feel people who love dressing up and love clothes are either hibernating at the moment or chomping at the bit. You can’t take that love away, you can’t take that passion away. That’s in our DNA. What I try to deliver is emotion and inspiration, that’s why you buy something.”

So where are the Moschino marionettes now? “They are all off to Milan,” said Scott. “Because they are free to travel.”