For her spring collection, Hanako Maeda looks to the beauty of Japanese summers for inspiration. 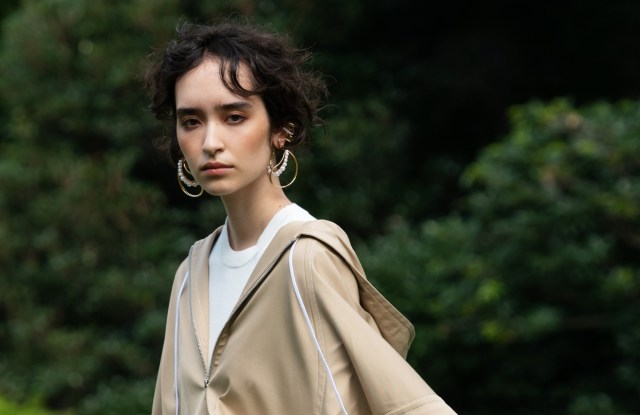 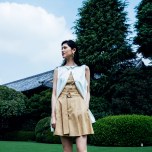 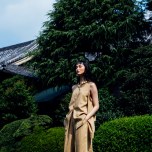 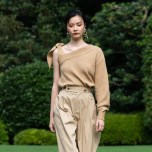 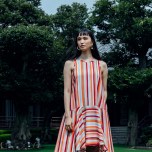 While usually Adeam’s Hanako Maeda divides her time between Tokyo, and New York, she has stayed in the Japanese capital since the early days of the coronavirus shutdown. The extended time there has heightened her appreciation, and as she started to work on her collection, she didn’t have far to look for inspiration.

“I wasn’t in the mindset of looking at art or something that was fantastical or something outside of my immediate realm,” Maeda said in a conversation last week. “I wanted to focus on where I was and the world that we live in.” That got her thinking about Japanese summers pre-COVID-19, because “summer in Japan is usually a very festive season,” typically packed with tourists and activities.

Maeda sought to “distill this idea of summer in Japan and this positive energy,” and that became the starting point of her collection. That said, it’s impossible to fully convey the energy of gathering throngs today, so Maeda focused on another of Tokyo’s summer joys: its gardens. She shot her look book and brand video on the expansive grounds of the Meiji Kinenkan, the late 19th reception hall near the Akasaka Temporary Palace. Its meticulously manicured greenery made the ideal backdrop for the clothes — precise yet unfussy.

For her breezy collection, Maeda referenced the yukata, a non-ceremonial, summer version of the kimono. She co-opted its casual attitude, along with its loose proportions for tunics, jackets and a poncho. Maeda loves a fabric that’s clean without stiffness, and showed plenty of cotton, crepe and “new linen,” (a polyester wonder), many of which are machine washable and wrinkle resistant. They turned up in jackets as well as skirts and pants paired to matching tops. Softer still: several alluring flyaway dresses, including one in bright stripes and another in pale blue with asymmetric dropped waist, both worn over pants for jaunty contrast.

Throughout, Maeda worked in plenty of details of construction, from discreetly ruffled seams and graphic folds to various sleeve treatments — puffed, trumpet, side-slashed. Such details result from Maeda’s belief that now, more than ever, women want multipurpose clothes that will function beautifully when some semblance of life as we knew it returns, but for now, will allow women “to have fun with fashion at home.” At least as indicated by her garden-stroll imagery, she nailed it.