The designer unveiled his earthy-glam spring collection with the help of rising star Ariana DeBose, a breakout from "Hamilton." 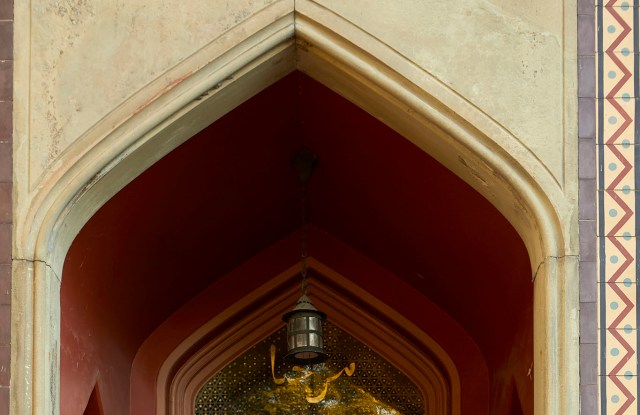 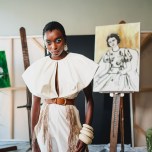 The world isn’t done dressing up yet — at least not according to Bibhu Mohapatra.

Like most everyone else during the darkest days of the pandemic, he was sweatpants-living at his home in Hudson, N.Y., and wondering if his fashion business had a future. “I was looking at 10 years behind me, and what was happening around me and thinking, ‘Am I even going to do a collection?'” (He didn’t produce resort.)

Then he started seeing e-mails coming in from clients, including a judge from Maryland who ordered outfits from Neiman Marcus for a family wedding in August, and was in a panic the bankrupt retailer wouldn’t be able to deliver. (Mohapatra was able to fulfill her order of “the fanciest pieces.”)

So for spring, he didn’t abandon event dressing after all — one standout, a chartreuse twist drape into slim-fit long sleeve dress with a lace skirt, another in a sheer, black tulle with avant-garde-looking mirror shard and raffia embroidery over a fringe trim skirt.

He also added more casual-dressy options, such as a pale-blue crepe cape effect dress with delicate black-tie details; a pale-blue denim shirtdress with fun fringe, and a super-chic white denim tailored blazer with crystal paisley embroidery at the lapel — one of several trimmings he upcycled from his studio archive — worn with a flared white denim skirt with oversize patch pockets.

To show, the designer went a bit Hollywood, unveiling the collection in a short film with the help of rising star Ariana DeBose, a breakout from “Hamilton” and soon to be seen in Steven Spielberg’s “West Side Story.”

The collection and film (directed by Shruti Ganguly and JD Urban) pay homage to Amrita Sher-Gil, a Hungarian-Indian Thirties avant-garde painter who has been called the Frida Kahlo of India for her moody paintings of women. “It was important to tell a story of artists coming together because they always play a role in change, beyond boundaries, beyond cultures,” the designer said of the film with a small story arc about getting through a creative block, which was shot at an old opera house and outdoors at Olana State Park, giving it an earthy glamour. Of filmmaking, he said, “I would love to continue to experiment with this medium and bring people together to tell my story.”