The designer pushed his signature tailoring and clean silhouettes in a softer ath-luxury direction to polished work-from-home perfection. 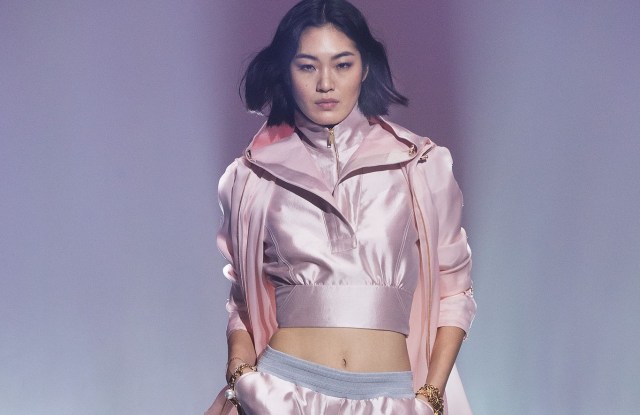 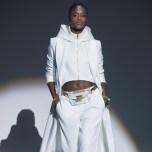 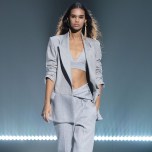 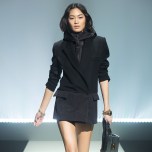 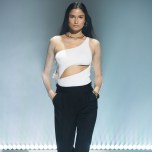 Like everyone during 2020, Brandon Maxwell has been feeling a bit lost. “Why do I even make clothes? Why do I have these shows? Why do I do what I do?” the designer wondered as the world fell apart.

He didn’t show in September. October came and went. Then, the “Project Runway” veteran, who came to fashion via styling, started to find some clarity.

“It’s been my form of therapy my whole life.…It isn’t about the clothes so much as being together as a group creating something,” he realized, reflecting on growing up gay in conservative Longview, Tex., and finding a safe space with girlfriends in his garage, making clothes, putting on 99 cent makeup and having a fashion show.

So put on a show he did again, bootstrapping it with a tight group of masked-up, COVID-19-tested model friends and collaborators, and releasing it Sunday via Instagram and YouTube.

In the film, shot three weeks ago at Pier 59 in New York, Maxwell sets the mood with Moby’s “This Wild Darkness” and Lady Gaga’s “Free Woman.” He styled the looks himself, his husband Jessy Price directed, and the behind-the-scenes glimpses into the socially distanced backstage and runway reveal how intimate it was compared to his usual fashion week affairs.

“It feels like you are at a show but really it was only four women coming in at a time,” said the designer, who is celebrating five years in business.

Maxwell has had his share of red-carpet hits, perhaps none more memorable than the time he and Lady Gaga camped it up at the Met Gala. But he’s a sportswear designer at heart. (“Evening has only ever only been 8 or 9 percent of my business,” he said.)

For spring, he pushed his signature tailoring and clean silhouettes in a softer ath-luxury direction to polished work-from-home perfection.

A double-breasted blazer and twist-front pants in gray sweatshirt bonded jersey Neoprene were both elevated and down-to-earth. Ditto a gray jersey single-sleeve off-shoulder top with asymmetrical cut and train trailing, which even with all the fashion sweatshirts out there managed to look fresh.

Maxwell loves a tank dress, and there were several beauts, one in curve-clinging black bonded jersey neoprene that would put some sex appeal into quarantine sweats.

His signature maxi shirtdresses were rendered in athletic taffeta or silk moire, as were cropped Windbreakers over little track shorts for pure fun. Pleated sheer organza dresses and skirts with the ease of coverups worn over swimsuits underscored an emphasis on transitional dressing, and bow belts and clear PVC belt bags added a sweet touch.

Originally, Maxwell had only committed to designing eight to 10 looks for spring, but in the end, he found he had more to say. “They had to stop me at 40,” he said, explaining how the process was therapeutic once again. “The first moment she hit the runway and I was behind the camera, I felt alive. It helped me remember why I do this.”