Fantastically fun fashion, a collaboration with Lil Nas X, a positive message and a great cause: Christian Cowan’s megawatt spring collection brought it all. 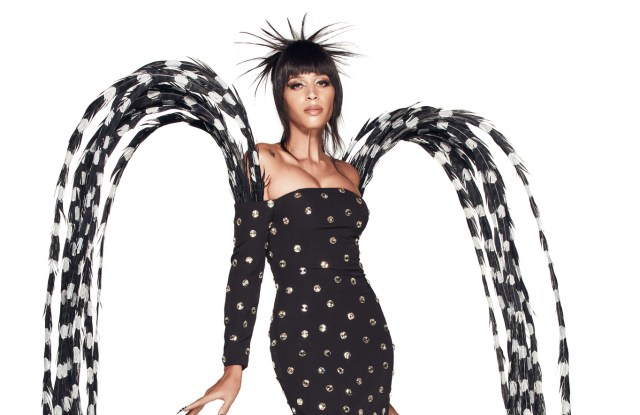 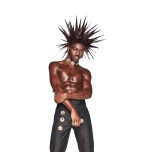 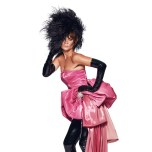 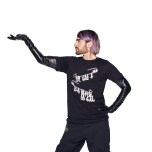 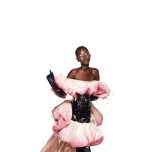 Months ago, designer Christian Cowan knew he wanted to take the upcoming, one-of-a-kind September fashion week as an opportunity to do something different, big and important. Fantastically fun fashion, a unisex collaboration with Lil Nas X, a positive message and a great cause — Cowan’s megawatt spring collection brought it all.

“I was working on a more traditional collection originally, but then everything started to happen with Black Lives Matter in America and I thought, ‘How do we do something that raises money for good?'” Cowan remarked. The designer, wanting to make a significant impact, with wider reach, thought of the perfect collaborator. Cue Lil Nas X.

“Culturally, he’s a really important figure because he’s in rap and country — two worlds that are traditionally quite homophobic, quite frankly — and he’s promoting his queerness and being so proud of it,” Cowan expressed. “That’s so important for all the young people in the audience to see that message being championed.”

For spring, the duo, who originally worked together for the 2019 VMAs, collaborated to design a unisex ready-to-wear collection directly benefiting the Black queer youth community of Lil Nas X’s hometown of Atlanta. One-hundred percent of its proceeds will be donated to the Loveland Foundation in a fund set up by its founder, Rachel Cargle.

Garments varied from collaboration merch to Cowan’s signature escapist, dramatic designs, all of which were inspired by the Seventies punk and queer movements; specifically the era’s non-mainstream venues that would allow both punk and queer events to happen, often in tandem. The collection stretched from sweatshirts with “Lil Nas x Christian Cowan” logos printed in a traditional, scratchy punk font or as logo charms hanging off of giant safety pin graphics to signature mesh minis; voluminous cocktail shakers and playful lame suiting; giant gowns — with latex, taffeta plooms and feathers — designed in collaboration with Central Saint Martins graduate Miss Sohee to crystal-embellished everything through his first partnership with Swarovski.

To top it all off, the expressive fashions were featured on a glitter-covered, spiked-hair cast, of 28 LGBTQ activists, artists and models including: Cargle, Lil Nas X, Heidi Klum, Marc Jacobs, Helena Christensen, Teddy Quinlivan, Aweng Chuol, Hanne Gaby, Cowan himself and many more.