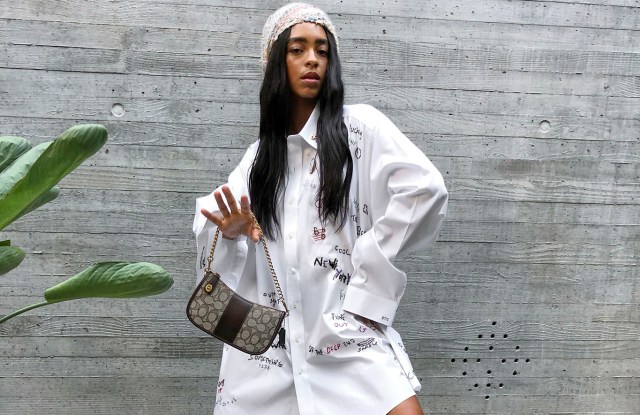 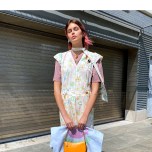 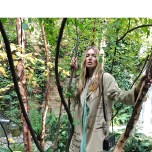 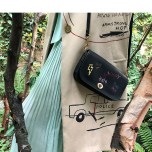 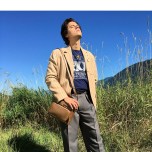 In this most extraordinary of fashion seasons, designers and brands had to decide how to deal with spring 2021, if at all. Before his unceremonious resignation as chief executive officer of Coach parent company Tapestry Inc., Jide Zeitlin offered creative director Stuart Vevers the chance to pass completely on the season. That didn’t feel right to Vevers, but nor did staging a “faux show.” Like many other designers, Vevers decided on a look book photo shoot and accompanying film, his more elaborate than most. He engaged Juergen Teller to remotely photograph what the designer called “our Coach family” — a lineup of 16 international, multigenerational celebrities, including Megan Thee Stallion, Kate Moss, Debbie Harry, Kaia Gerber, Kiko Mizuhara, Paloma Elsesser, Bob the Drag Queen, Rickey Thompson and Jeremy Lin.

In developing the collection — some of which is buy-now via the brand’s e-commerce — Vevers concluded that this moment called for more than a feisty seasonal theme. He sought to “dig a lot deeper,” he said, and to reflect on “what Coach means to people. What could be considered quintessentially Coach?” A good question because, 80 years in, Coach has produced full fashion collections for a relatively short time. One could argue that its fashion identity is the Western-urban fusion that Vevers introduced early in his tenure (now seven years in), only in recent seasons, he’s subtracted out the Western part of that equation to focus on an urban-cool attitude.

The reality is that Coach continues to resonate primarily as a storied leather goods company, its quintessential fashion image that of unfussy, functional bags with a smart sportiness heralding back to the brand’s first creative director, Bonnie Cashin. Here, Vevers drew on that history, taking inspiration from, and in some cases, direct reissues of, Cashin’s work for numerous great-looking bags. That archival focus got him thinking about overall longevity and applying “responsible” design concepts. He thus introduced upcycled and recycled components (an oversized Brooks Brothers shirt and Levis 501s, which he embroidered), a series of vegetable-dyed handbags and a made in New York capsule.

These came together in the collection Vevers dubbed “Coach Forever.” Translation: smart classics. Teller’s personality-parade shoot cleverly highlights the versatility of familiar items, particularly variations on the trenchcoat. Megan Thee Stallion looks power-woman polished — buttoned-up, belted and wearing a headband (her idea; it was made on-set from a cut-up umbrella). Debbie Harry projects knowing whimsy in a coat embroidered with “Coach” signage as well as suggestions for 2020-appropriate activities: “dream on” and “tune out.” Breaking up the outerwear fest, an oversized jacket-and-skirt look in mismatched plaids plays to the timeless mood, while a grunge-ified dress or two — including a pastel floral inspired by Kaia Gerber’s pink hair period — broaden the lineup’s range.

As for those Brooks Brothers and Levi’s pieces, they’re vintage finds that Vevers decorated as part of his experimentation with upcycling. “A small number” of such items will be available at Coach stores, according to a company spokesperson.

Trenchcoats also took center stage in the men’s collection. But the spring line also offered up its fair share of tailored men’s wear — sport coats in softly constructed windowpanes and chalk pinstripes over cuffed and pleated solid trousers and a reimagined graphic sweater inspired by the movie “The Shining” that was the first sellout knit from Vevers’ debut collection. There were also pajamas created especially for Thompson that reinforced the comfy and light feel of the collection.