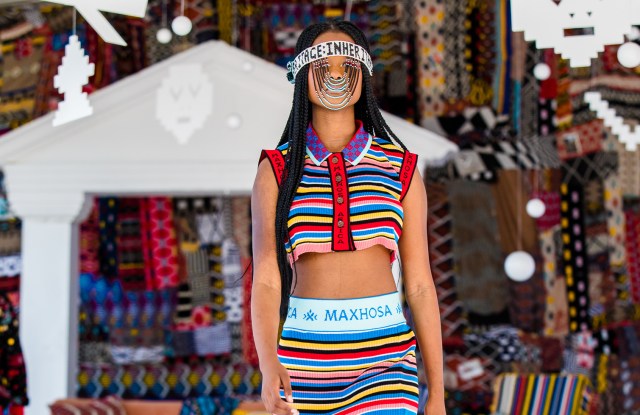 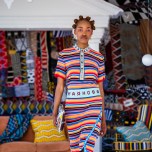 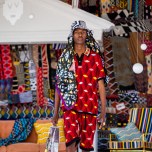 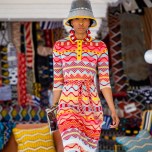 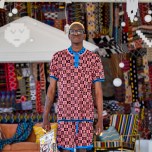 “It’s rare to find Black-designed collections in retail spaces. That’s an issue that should be rectified because it’s what sustains our businesses,” South African designer Laduma Ngxokolo said over Zoom ahead of his spring 2021 men’s and women’s Maxhosa digital presentation, reflecting on how the movement for racial equality needs to be put into action in fashion.

He should know. Now in its 10th year in business, Maxhosa has been called “the Missoni of Africa,” but should be known as “the Maxhosa of the world” with its recognizable aesthetic and joyful Xhosa-inspired knits, patterns and beadwork on men’s, women’s and now home accessories.

In a nod to the turbulent times, the spring collection’s theme is “God’s work is miraculous,” Ngxokolo said. “Happiness has become a luxury…it’s difficult now to smile, and people need visuals to remind them.”

This season, he gave his collection a sportier, streetier edge (inspired, perhaps by Dwyane Wade and other NBA players who have been rocking the brand), mixing oversized men’s polos and athletic shorts with soft suiting in vivid diamond stripe patterns, track jackets with pants in a playful, escapist airplane-Jupiter-and-moon print, and plenty of his colorful socks, bucket hats and even a face mask. For women, the striped polo was worn cropped over a sexy knit tube skirt, while silk sarong skirts and patterned Ts came embellished with contrast print piping and beadwork.

Rather than retreating during the pandemic, Ngxokolo opened his second boutique on July 24 adjacent to Gucci and Louis Vuitton at the V&A Waterfront in Capetown. He added 24 jobs at his company after doubling sales on his web store, which was featured in Beyoncé and stylist Zerina Akers’ “Black Parade” directory of Black-owned businesses. The brand, which owns its own production facility in South Africa, also has fans in NBA player Carmelo Anthony (who collaborated with Maxhosa on a capsule collection) and Swizz Beats.

“We had to continue with plan A because we didn’t have a plan B,” said the self-funded designer, who has some stockists in the U.S., the U.K. and Paris, but would like more, adding that he is also contemplating going out to investors.

He’s already crossed over into pop culture in South Africa — a recent collaboration with Tastic Rice inspired the handbags in the spring collection. “It’s a local heritage brand, the biggest in the country, that every year collaborates with a designer. This year it’s us, and we thought it would be beautiful to use their rice bags as handbags,” he said.

It’s his third time showing with IMG’s New York Fashion Week, to which he was initially attracted because of its diversity. “I feel positive about the coming season,” he said, reflecting on the Black Lives Matter movement, and the impact it has had on online searches for Black-owned businesses like his. “Now the time has come where media outlets are willing to access and share our content. The opportunities that will come from that are that people will get to know us and we will be of influence culturally, globally.”