Choi developed looks inspired by characters from her recent and distant memories, with an underlying emphasis on her Korean culture. 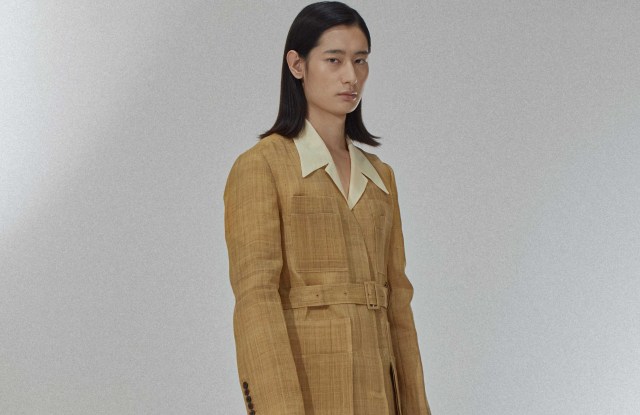 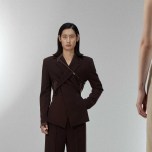 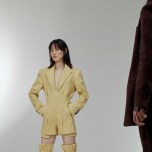 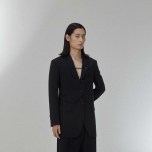 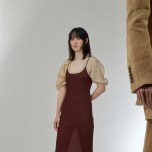 Moon Choi’s collections are often personal narratives reflecting aspects of human connection in subtle ways through refined and polished tailoring that plays with movement and the interaction with the body. For spring, Choi continued that journey, developing looks inspired by characters from her recent and distant memories, with an underlying emphasis on her Korean culture.

Titled “Blurry People, Blurry Time,” the concept began with the idea of familiarity and remembering the stylistic choices of characters in her past, brought into the present day via her unique design vocabulary. For instance, a raw hemp linen suit was a modern version of the work uniform worn by a countryside farmer who lived next to her grandmother, as was a sheer linen getup cool and appealing enough for men and women. In fact, there was a unisex thread to the bright orange jumpsuit inspired by fish market uniforms, which featured strappy details seen elsewhere accenting dresses or as a functional tie to scrunch up an offbeat button-down shirt.

The clothes reflected the abstract nature of memories as well, such as a twisted sheer jersey following the form of the body to represent blurry people in Choi’s memories, or through the use of rough and raw linen and textured hemp to mirror her memories’ unrefined nature. To help customers relate and understand the story behind the collection, each piece has been named after a different character and more background can be learned on the brand’s web site.