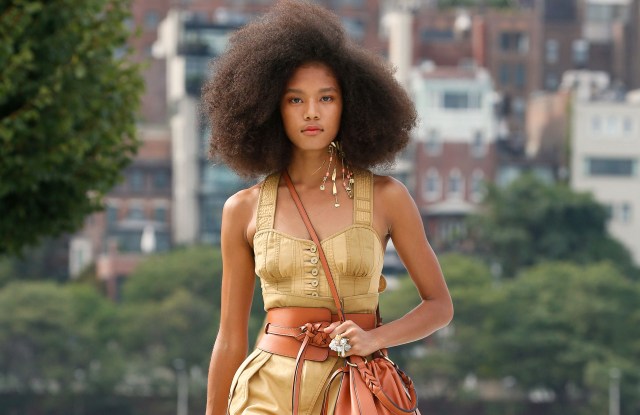 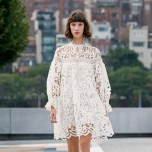 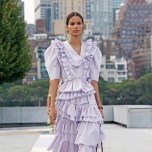 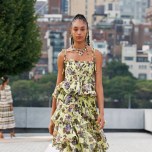 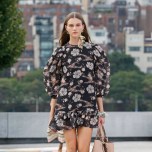 Set against the backdrop of New York City on Roosevelt Island’s Four Freedoms Park, designer Ulla Johnson debuted dynamic outdoor runway film of her darling spring collection. Within the designer’s “Love Letter to New York City” — which debuted on the brand’s e-commerce Monday morning — models emerged on a hand-painted color-blocked runway, designed by the artists of Oliphant Studios in the Bushwick section of Brooklyn, to the stunning voice of 17-year-old Staten Island talent Shamiqua.

When approaching the season, Johnson wanted to emulate the feeling of togetherness. “For me, the takeaway from everything is we all need to be much more public facing. We need to be speaking to not just this small group of insiders, but to announce things much more and to bring people into that experience of runway,” she expressed. In addition to the film, Johnson’s e-commerce landing page was transformed into an extension of the runway experience, with accessible and in-depth information about spring’s process, craft and inspiration.

Johnson also emulated this feeling through the clothes: offering ready-to-wear full of aspirational beauty and fantasy in tandem with its wearability. Originally planning to travel to Japan in March, the designer interpreted Japanese techniques and motifs throughout, in a modernist lens. Shibori printing, graphic handloom and boro patchwork, and the juxtaposing and asymmetrical ethos of ikebana were present, while obi belts on enveloping silhouettes and ornamental jewelry (made entirely by hand in partnership with artisans in Nairobi) referenced a very urban take on ceremonial dress. The designer’s most intriguing interpretations played on clean, origami-like pleating on fluid frocks and signature puffed blouses.

The collection offered sculptural, yet relaxed, silhouettes throughout but not everything was pretty and girly. Fluidity was offset by utilitarian offerings, like a standout poplin, monochromatic khaki pleated blouse and skirt set. Loyal to her artisanal partnerships, Johnson reimagined craft into linen lace frocks from India, graphic crochet knitwear from Peru and handwoven headpieces from Paris. As the finishing touch, the designer debuted her first robust collection of handbags available for wholesale, a selection of timeless silhouettes with artisanal details that played to the collection’s contrasts of softness and structure.