The collection was inspired by the late couturier's African roots and his trip to the continent with the late photographer Peter Beard. 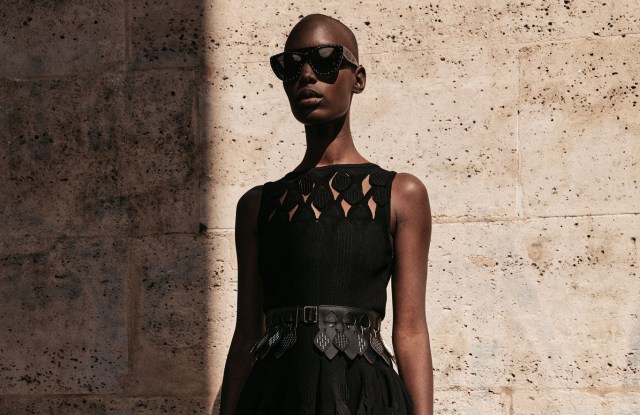 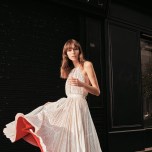 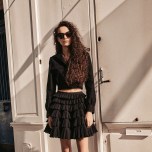 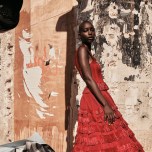 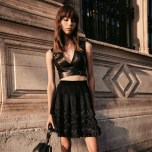 Now that Les Editions, reeditions of iconic designs by Monsieur Alaïa, have been developed into a separate offering, the temptation to read the seasonal Alaïa collections based on these pieces is lessening. And while the inspiration stays deeply rooted in the late couturier’s life and work — this time Africa, both for his heritage but also a 1996 trip he took to the continent with the late photographer Peter Beard that saw the pair stay in a Maasai village — it’s the textile development that is meant to shine.

And shine it does. This time, there was raffia woven into knitwear, preserving at once the softness expected of a knit dress and the shivering fringing of its fibrous origins — a delight for the eye and for ASMR fans; a combination of macramé fabric reworked with filigree embroidery; a corded viscose thread used to create weaves inspired by the iconic cage dresses without requiring any reinforcements; seamless 3-D knits that can now be executed right down to individual fringes and scallops, and openwork transparent effects woven directly into a dress, creating a weightless impression of a pattern across the skin.

His spirit is never far. In the laser-cut fireworks pattern that perforated a white poplin dress, leaving its colorful lining visible, it was impossible not to recall the Jean-Paul Goude photograph that captured the couturier as a flamenco guitarist next to a model wearing a dress in a similar burst design.

As ever, the end result is that there is plenty to look at, for the devotee as well as the casual browser. Ultimately, that is the most used technique at Alaïa: to pursue innovation, rather than conservation, of its heritage.