The knitwear specialist made a case for staying home curled up in cashmere, whatever the season. 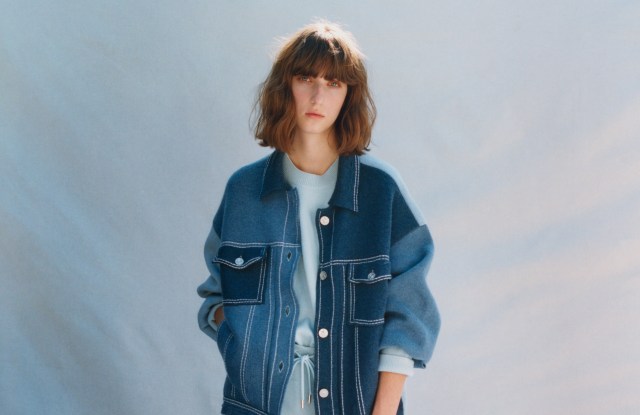 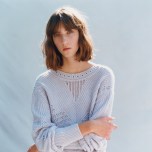 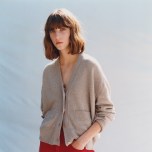 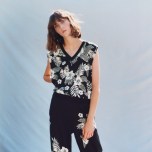 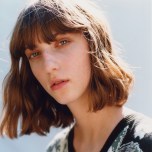 “Cashmere, just like denim, is a material that lasts and is handed down over time,” Barrie’s artistic director Augustin Dol-Maillot wrote in the show note. It’s idea that has permeated his work for the knitwear specialist since he took up the position in 2019.

This season, influenced as many by the idea of staying home, he went for a wardrobe fit for a countryside retreat, spanning sweaters and cardigans but also cut-off shorts and knit jeans, with the odd bucket hat thrown in for good measure. Cotton T-shirts, livened up with cashmere patches, were an introduction into the Barrie universe.

Standouts this season included a jacket in a patchwork of varied blues; the boxy overshirt in a medium gauge that telegraphed Nineties cool, and an airy dress inspired by a vintage handkerchief.

The palette went from white and blues to  burgundy, forest green and indigo, livened up by lime and a lilac so pale as to be light gray. One group nodded to tapestries by weaving together tropical blooms and Scottish thistle.

Launching in November, the capsule and its customization options will be available from Barrie’s Paris and London stores, as well as Barrie’s new e-commerce site.