If lockdown left you feeling like you’d become one with your bed or bean bag, designer Hidenori Kumakiri has you covered. 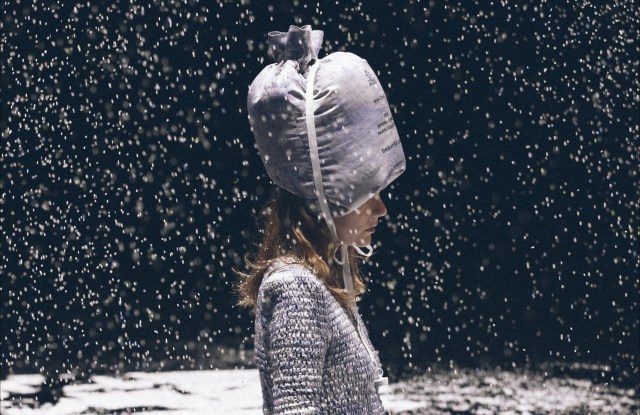 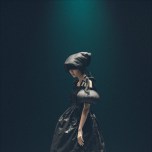 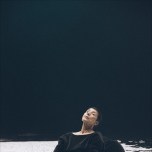 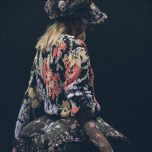 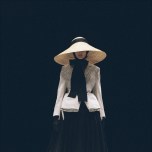 With sheltering in place part of the new normal, Beautiful People designer Hidenori Kumakiri was struck by the idea that we’d eventually become one with the furniture. In a Zoom call, he explained that he had used his penchant for transformable garments to embody the protections now needed on a daily basis, be they stay-at-home orders or social distancing, creating outfits with compartments that could be filled with artificial beans to create solid volumes.

Empty, his silhouettes swung between simple lightweight blazers and shift dresses to dramatic floor-sweeping gowns. As a nod to the amount of time spent sitting these past few months, he’d focused on making his shapes look their best while seated — although once standing, they were nothing to sneeze at either.

To showcase this season’s transformation concept, Kumakiri was filmed filling their inner spaces, slowly transforming each shape into a human-furniture hybrid. A model wearing a black velvet dress ended up looking like she was reclining in an upmarket bean bag chair. Another, clad in a white cotton shift dress, looked like she had just slipped into her duvet to step out, using a pillow as a jaunty hat. Once filled, the bustle of another outfit doubled up as seating, making the model look as if she’d been swallowed by a plush armchair covered in smocked Toile de Jouy. A pile of lacy fabric and pillows revealed itself to be a model laying down while wearing a circle gown edged with small bolsters.

The beans also served as a metaphor in the film, with colorful ones representing a “comfort or fashion virus, a spreading sense of malaise,” he explained. “When [the virus is] all gone, the beans become white to express a very positive feeling. When we feel less need for protection, they could be removed.”

If this sounded a little arcane for ready-to-wear, a virtual tour of his showroom gave an insight into how his concept played out as more commercial designs. A puffer jacket filled with colorful beans was witty and wearable: Emptied of its filling, it was still a great looking parka. Frills taken from a pillowcase adorned tops and dresses in the same satin jacquard, while striped fabric nodded to bedding for easy cotton options. A top with an integrated mask felt convenient for those who tend to roll out of bed and go. Staying home as an excuse to dress sloppily? Not in this house.