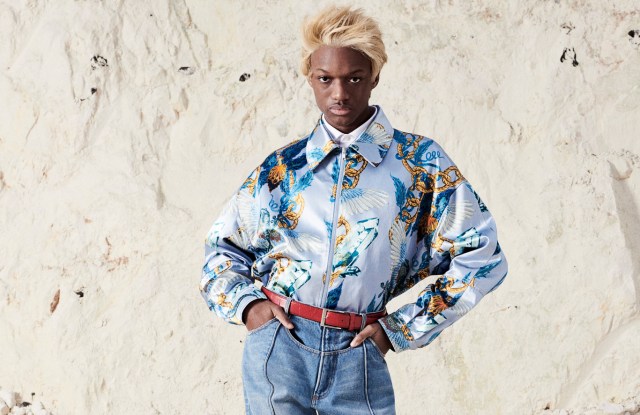 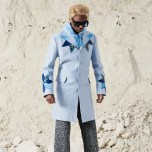 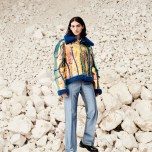 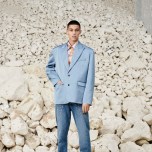 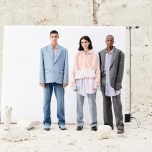 Four friends escaping a snow-choked — or locked down — New York City for the Arctic was the starting point for Bluemarble’s fall collection. Anthony Alvarez looked to his North American upbringing for the sporty pieces and utilitarian lines that formed the bedrock of his cheerful, youthful wardrobe.

The imagined professions and interests of Alvarez’s quartet of characters — a banker, a party boy, a prom king and a bohemian — explained the breadth of a wardrobe that included boxy tailored suits and statement coats; workwear-inspired cuts and denim; cunningly patchworked striped shirts; his now-customary silk shirts printed in opulent fantasy motifs; an iridescent foil shearling jacket, and cold-weather gear plucked straight out of the extreme sports world that Alvarez loves.

Texture added interest to the lineup, be it a surprisingly realistic-feeling faux fur placket on a pop-over windbreaker, the alternating curved stripes of corduroy and thick cotton twill on a pair of slacks, or an opulent grommet-studded ruffle running down the front of a snow parka. As for the Northern Lights-inspired palette of pastel hues and neon brights, it made for a lineup that stood out in all senses, especially against the chalk quarry that was the backdrop for this season’s film.