In Maria Grazia Chiuri's view, our relationship with fashion has changed during the pandemic, and possibly deepened. 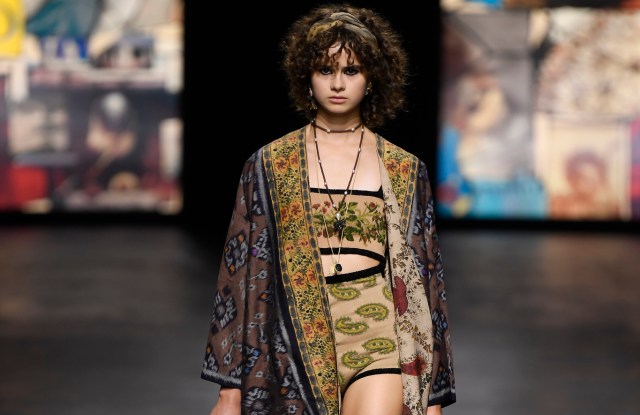 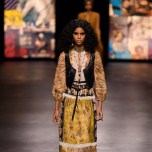 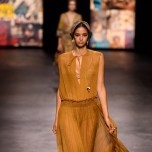 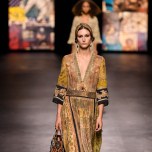 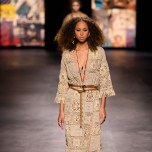 Sheltering in place brought Maria Grazia Chiuri to new feelings about clothes, rather than another New Look, Dior’s greatest claim to fame.

In her view, our relationship with fashion changed during the pandemic, and possibly deepened, leading people to think less about what clothes look like and more about how they make them feel, the designer mused during a preview ahead of her spring 2021 show, which was held in a vast white box in the Tuileries Garden.

It’s a train of thought that prompted her to skip past the house’s famous Bar jacket — “built on the body,” she explained — to the lesser-known and more forgiving Diopaletot, which Christian Dior sketched for a show in Japan in 1967 — and to design a lot of knitwear, also forgiving and comfortable to wear at home, or for — what else? — Zoom meetings.

Well-known within Dior and the LVMH empire as a workhorse, Chiuri has been one busy bee in recent months: creating a couture collection in miniature, and a lavish film that continued her narrative, and staging a massive open-air show in Lecce, Italy, for cruise that involved scores of collaborations with local artisans. Here she continued the thread and the toil for spring, linking with women in Indonesia for original Ikat prints, and turning out 86 exits in a dark room punctuated with stained-glass-like windows bearing magazine collages by artist Lucia Marcucci.

With all the loose shapes — duster coats, short kimonos and wide culottes — and the scarf prints in dusty colors, the clothes felt like old friends or heirlooms, far from the slick and glossy luxury goods of yore. With their flat jute sandals, head scarves, mannish shirts or flowing dressing gowns, these Bohemian women brought to mind the writers Virginia Woolf and Susan Sontag, whom Chiuri name-checked in her show notes.

She interspersed her pileups of printed jackets, frothy lace dresses and skirts with perhaps a few too many of her familiar, fluttering chiffon goddess dresses. But overall, the collection was approachable, likable and reassuring — all good feelings in these destabilizing times.

Chiuri remains committed to physical runway shows — even as restrictions on daily life are mounting along with COVID-19 cases in France — deeming them the best way to display haute craftsmanship, and a fashion message.

In lieu of canned music, she had a chorus of women singing a lament by avant-garde Italian composer Lucia Ronchetti that added another somber, occasionally dissonant layer to the proceedings. Chiuri said she wanted “to give this digital moment a human moment” by showcasing only the voices of women.

“I think we shouldn’t forget that the fashion show is a ritual,” she said, “to live a moment all together where the audience is part of the show.”

Chiuri could never have guessed when she said this that only an hour later, a woman in the audience would walk onto the catwalk toward the conclusion of the show and unfurl a yellow banner bearing the slogan “We Are All Fashion Victims” and the logo of London climate protest group Extinction Rebellion.

The audience barely reacted. No photographers howled. No security guards rushed in, and the young woman completed her runway walk as calmly as the models who came before her. Some even thought she might be part of the show.

Chiuri wanted a moment of quiet and calm amid calamity, and she had it.