Give the times we’re in, designers Sébastien Meyer and Arnaud Valiant looked for human connection and protection. 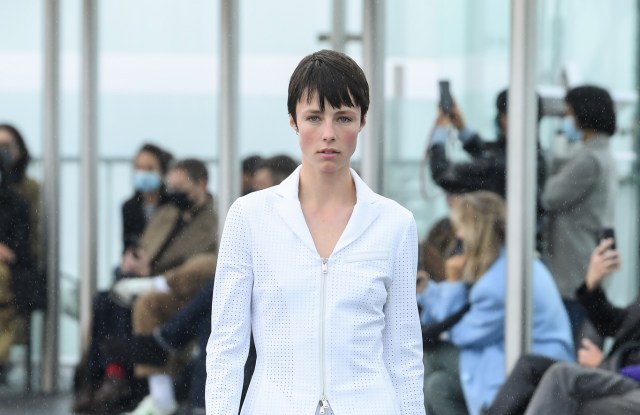 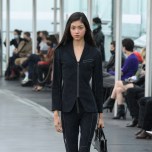 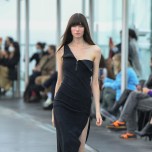 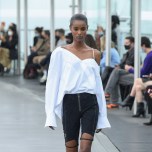 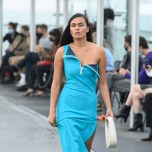 For a brand as digitally savvy as Coperni, the choice to hold a physical fashion show at a time where many other houses are heading online may seem odd.

“We hesitated to do a digital show. At Coperni, we adore online but at the same time, we want to see some humans, to have the Montparnasse Tower, to rise up from everything that’s been happening,” said Coperni’s Sébastien Meyer after their spring 2021 show on the rooftop of the tower.

Like everyone else keen to rejoin the physical realm, protection has been on their minds for the past six months, not least after they posted a pattern on Instagram for making your own mask at home. At the show, all humans, including Maisie Williams, model Mica Argañaraz and French pop singer Bilal Hassani, were appropriately distanced and masked.

It followed that proportions were kinder to a wide range of body shapes and leaned more toward the enveloping. The curve of a hemline, the cut of a dress or the contours of a bag were inspired by the graphic outline of the body in motion. Panels of 3-D pleated fabric were meant to enhance mobility on a column dress or a mermaid gown, but ultimately resembled soft armor plating.

But unlike others, the duo decided the best way to explore this idea was to look to innovation, and build that protection directly into the garments themselves. So while the silhouettes of this collection, titled “Ready to Care,” stayed resolutely Coperni — with their tailored separates, pared-back shapes and scant embellishments — the real novelty was not anything as obvious as a mask.

“After creating the mask patterns, we told ourselves that as designers, we should create garments that better protect the body,” Meyer added. Some garments were cut from a new jersey fabric, which they called C-plus, featuring built-in anti-UV, moisturizing properties and an antibacterial primer. A way to make the new normal look a bit more like the old.