Ece Ege went back to school with a playful spring collection. 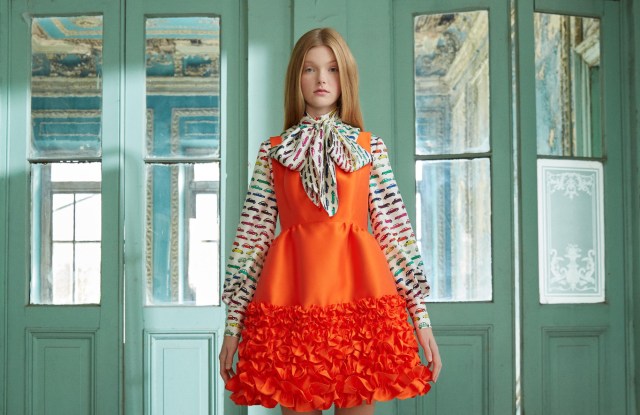 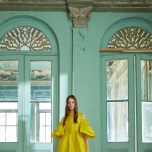 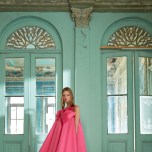 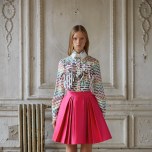 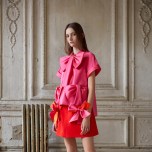 The models are seen playing a game of hide and seek through the corridors and salons of a dilapidated building in Istanbul, its former grandeur visible despite the paint peeling off the walls. Previously a private mansion, it was converted into a girl’s school by Turkey’s Ministry of Education after its owner fell into debt, and since it closed, it has fallen into disrepair.

The film opens with the models in school uniform, dosing off as their teacher — played by Ece Ege’s sister Ayşe, cofounder of the label — explains physics at the blackboard. Their dreams became the game, and the setting for the collection.

Bold cocktail dresses in duchess satin — one of the house’s signatures — were adorned with giant bows, while more formal designs had something of the schoolma’am to them, in a stiff navy silk wool canvas with exaggerated buttons on jackets and turn-ups on cropped pants.

A print of vintage cars on silk was inspired by a scarf owned by the designer’s mother, and adorned items including a pussy-bow blouse, while other prints, from a distance, evoked the gingham uniforms of a girl’s school in summer. There was also a selection of white poplin pieces and little white dresses.

The video, with an air of something Tim Burton might have done — without the sinister undertones — provided the ideal setting for a joyful collection, bringing it to life.